The experienced 32-year-old, who has 88 caps for his country, has joined the Hammers on a two-year contract from Italian club Fiorentina.

The defensive midfielder, who has appeared at five major tournaments, including two FIFA World Cup finals, is looking forward to working under Manuel Pellegrini.

It’s an amazing opportunity and an amazing project the club are leading, being ambitious and keen to achieve good things

“I’m very happy to be here. I’m very excited and looking forward to achieving lots," said Sanchez, who becomes West Ham's ninth summer signing. “I decided to come here because, first, it is the Premier League, second, it’s a beautiful club and the fans are always helping the club and, third, for me it’s an amazing opportunity and an amazing project the club are leading, being ambitious and keen to achieve good things.

“I’d like to thank all of the people, the whole club, for having me."

A move to West Ham represents Sanchez’s second spell in the Premier League, as he previously spent two seasons with Aston Villa between 2014 and 2016, and he is relishing his return to English football.

“I always dreamed of playing in the Premier League," he confirmed. "Previously, at Aston Villa, we started very well but sadly it didn’t end well, but I always maintained the same desire to return and here I am, with the same mission, with the same desire and dream and I’m very grateful to everyone at West Ham.”

Director of Football Mario Husillos welcomed the midfielder's arrival, saying: “Carlos is a very experienced player whose career I have always followed closely and with admiration.

“He made a great impression for Elche in Spain when I was Sporting Director with Malaga, and came back to Spain last season on loan with Espanyol - plus of course he already has experience of England and the Premier League from his time with Aston Villa.

“He has also been a regular in the first team for Colombia for many years, and was a very important player for them at the World Cup this summer.

“He has great quality as a holding midfielder. He can also cover other positions but it is as a defensive midfielder that he really excels. He is also a fantastic professional, with great character, who will be a very good personality within the dressing room.

“I have known the Colombia national team coach, Jose Pekerman, for many, many years, and he has always spoken very highly of Carlos.

“We are very happy that he has joined West Ham United and wish him great success in his time here.”

He has great quality as a holding midfielder. He can also cover other positions but it is as a defensive midfielder that he really excels

Born in the city of Quidbo in western Colombia, Sanchez kicked-off his professional career 3,100 miles away in the Uruguayan capital, Montevideo, with the Danubio club.

At 19, he moved to River Plate Montevideo, where he made his senior debut and played 40 times before crossing the Atlantic Ocean to join French club Valenciennes in 2007.

Sanchez spent six seasons in Ligue 1, making 185 appearances and scoring ten goals, before making the switch to Spanish club Elche for the 2013/14 season.

Aston Villa secured the South American’s services in summer 2014 and he would play 48 times in the Premier League over the course of two seasons.

After 18 months in Italy with Fiorentina, Sanchez spent the second half of last season at Espanyol in Spain, who he helped guide to La Liga safety with four wins in their final five matches.

Internationally, Sanchez has been a regular for Colombia since making his debut against Panama in May 2007.

He played alongside future Hammer Pablo Armero and against Carlos Tevez, Javier Mascherano and Pablo Zabeleta at his first major tournament, the 2011 Copa America, and featured at the South American championship finals again in 2015 and 2016.

At the 2014 FIFA World Cup finals, he was an ever-present as Colombia reached the quarter-finals, and he was in the starting XI as La Tricolor reached the Round of 16 before being eliminated by England.

West Ham United would like to welcome Carlos and his family to London Stadium and wish him every success in his career in Claret and Blue. 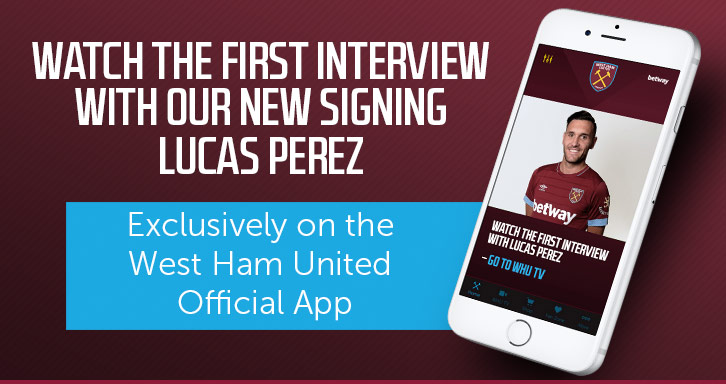