Frank Lampard Junior is No38 in our rundown of the #50GreatestHammers in West Ham United history, in association with Official Sleeve Partner Basset & Gold.

The 1958 Second Division title winner ranks at No40 as we continue to rank the top 50 of the near-1,000 players to have pulled on a West Ham United shirt since the Club was formed as Thames Ironworks FC in 1895.

You will have the chance to rank the top ten soon, so keep an eye on whufc.com and our official social channels for details of how you can cast your vote! 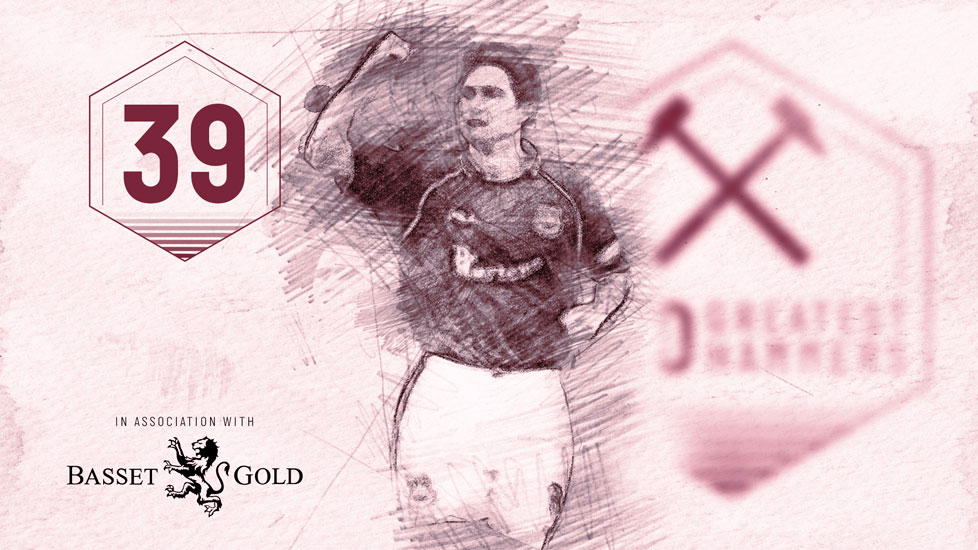 While he may now be more closely associated with another London club, Frank Lampard Junior remains one of the Academy of Football’s finest ever graduates.

Born in Romford the son of the West Ham United legend of the same name, Lampard Junior joined the club after leaving Brentwood School, where he passed his Latin GCSE, at the age of 16.

After a successful loan spell with Swansea City, the midfielder made his West Ham debut against Coventry City in a Premier League win in January 1996. Five months later, he appeared for the Hammers in the FA Youth Cup final. 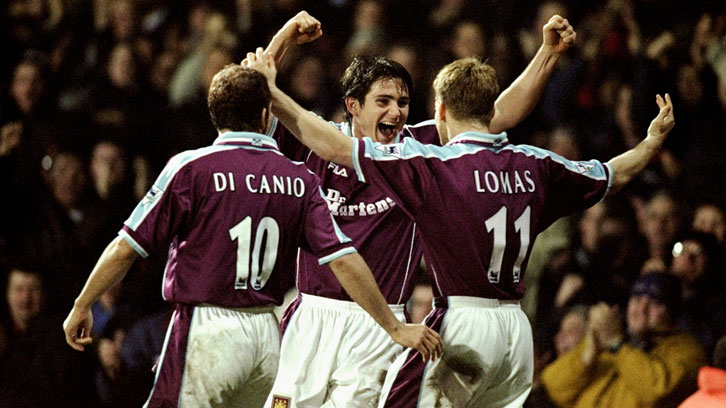 The 1997/98 season saw Lampard selected regularly for the first time by Harry Redknapp – his uncle – and he rewarded his manager with nine goals in 42 appearances as West Ham finished eighth in the Premier League. The following year, six goals in 41 games helped the Hammers finish fifth.

Lampard scored in all three rounds as West Ham won the UEFA Intertoto Cup in the summer of 1999 and ended his most-prolific season in Claret and Blue with 14 goals in all competitions – a sure sign of things to come in a career spanning more than 1,000 matches and 303 goals.

October 1999 saw Lampard make his England debut against Belgium, the highlight of a final season at the Boleyn Ground that yielded another nine goals to take his final West Ham tally to 38.

The summer of 2001 saw the 22-year-old move to Chelsea. He is now manager of Championship club Derby County.