Team news: Lanzini, Carroll and Collins all return to training 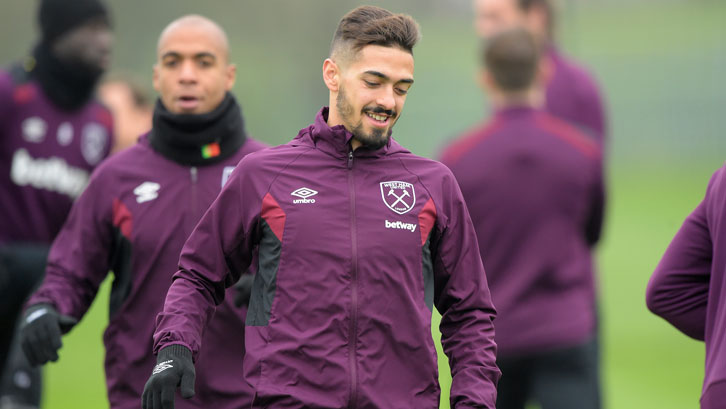 David Moyes has been handed a triple boost with Andy Carroll, James Collins and Manuel Lanzini all potentially fit to face Stoke City on Monday evening.

The trio have all returned to training at Rush Green and could feature as West Ham United go in search of three Premier League points at London Stadium.

Carroll has been out since suffering a hairline fracture to his foot following the 1-1 draw at Tottenham Hotspur on 4 January.

If we get Andy back it’s a big plus to us, as we know what he can do and how good he can be and what he can give us

“Andy is back in training,” Moyes confirmed. “We got him back at the start of the week and we will keep monitoring him. He’s trained for a few days, so we’ll see how he is. He’s obviously not played for eleven weeks, and I’ve got that in my mind as well.

“He’s champing at the bit, but that’s the same for the other players we’ve had out like Manuel Lanzini and James Collins who have only been out for four or five weeks.

“If we get Andy back it’s a big plus to us, as we know what he can do and how good he can be and what he can give us. The quicker we can get him back the better but is he going to be ready? I’m not sure yet.”

Collins is back after a month out with a hamstring problem, while Lanzini hurt his knee after scoring in Argentina’s 2-0 friendly international victory over Italy in Manchester last month, and both could return to Premier League action for the first time since the 3-0 home defeat by Burnley on 10 March.

“They’ve both done some training today (Friday) but we’ll have to see how they’ll be. I’m hoping both of them will have a good chance to be involved for the game on Monday.”

The manager was also asked if he could be tempted to hand Chicharito a start alongside Marko Arnautovic after the Mexican scored West Ham’s equaliser in the 1-1 draw at Chelsea last weekend.