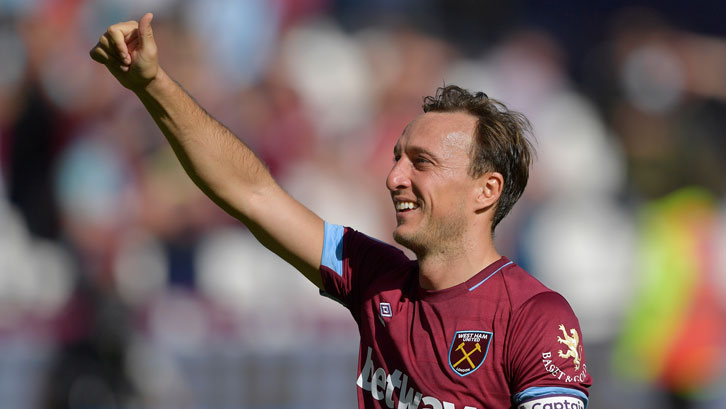 Mark Noble says West Ham United need to reproduce the same level of performance they demonstrated in beating Manchester United at London Stadium if they are to complete a memorable Premier League ‘double’ at Old Trafford on Saturday.

The Hammers were outstanding in their 3-1 home win over Jose Mourinho’s Red Devils back in September, when Felipe Anderson’s first goal in Claret and Blue, Victor Lindelof’s own-goal and a composed finish from Marko Arnautovic secured three deserved points for Manuel Pellegrini’s side.

Both teams’ fortunes have altered somewhat since then, with West Ham without an away win in seven Premier League matches on their travels since beating Southampton on 27 December and Manchester United playing with a new sense of purpose under Ole Gunnar Solskjaer.

However, there were signs of life in the Irons’ second-half display in Monday’s 2-0 defeat at Chelsea, while Solskjaer’s side have lost four of their last five matches in all competitions, giving captain Noble cause for optimism.

If we can reproduce the sort of performance we produced at home back in September, when we beat them 3-1, then no one will be more delighted than me

“We’re looking forward to going to Manchester United on Saturday,” said the skipper, who was part of the last West Ham team to win at Old Trafford, when Alan Curbishley’s side completed a great escape with a 1-0 victory back in May 2007.

“We were encouraged by our second-half performance at Stamford Bridge, it’s our last away game outside London and if we can reproduce the sort of performance we produced at home back in September, when we beat them 3-1, then no one will be more delighted than me.

“Our main worry is that, away from home, we’ve scored just one goal since this year — and that was my penalty against Crystal Palace in February.”

Saturday’s game will be screened live in the UK by BT Sport, with kick-off at Old Trafford at 5.30pm. For full worldwide broadcast information, click here.