Chicharito and Hart: We were clever and focused in Chelsea draw 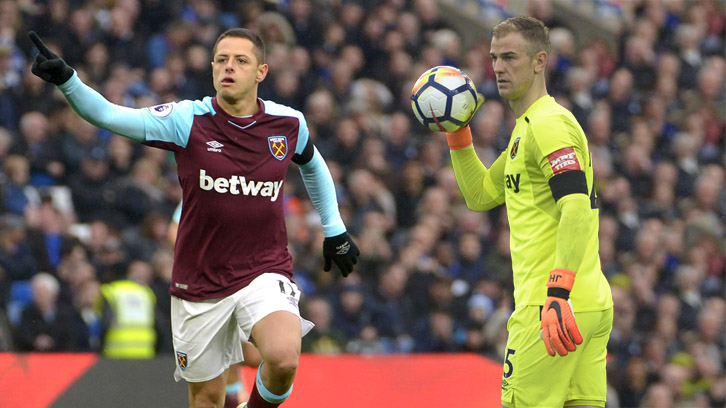 West Ham United goalscorer Chicharito and goalkeeper Joe Hart described the Hammers' performance against Chelsea at Stamford Bridge as clever and focused after they picked up a point with Sunday's 1-1 draw.

It took Mexican forward Chicharito just three minutes after coming on as a second half substitute to level the score in the London derby after Cesar Azpilicueta had given the hosts a first period lead.

And keeper Hart's influence on the game was huge, with the No25 making a string of vital, flying saves to frustrate the Blues who piled on the pressure after West Ham had equalised.

But the England international praised the way the Hammers stuck with the match despite falling behind, and was delighted with the final outcome.

He said: 'It's nice to stay in the game. Chicha has come on - after being on the other side of the world and being poorly - and we're so glad he was fit and got that vital second goal.

"We looked dangerous in the second half. First half, I thought we were poor given the standards we are trying to set at this Club, but it is important we were able to stay strong and fight back in a really difficult venue. 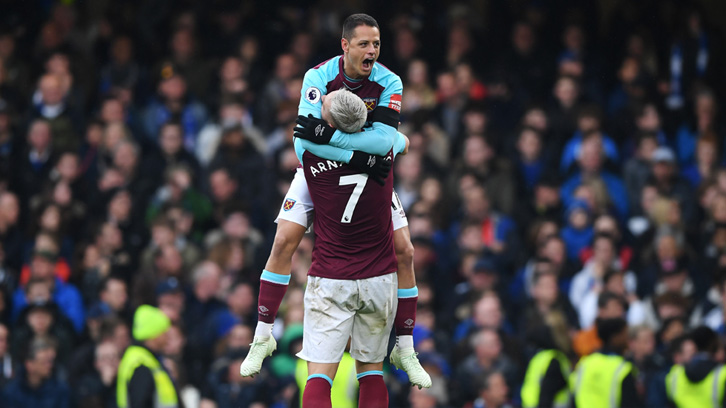 "They're the champions and they had a poor result last week so we knew they would be at it today. They created a lot and caused a lot of havoc but we stood strong, we believed in the process and we got the result."

Chicharito continued an incredible scoring record against Chelsea with Sunday's goal - he now has nine strikes in 14 matches against the side throughout his career.

When asked if he could explain his success against the Hammers' London rivals, the forward laughed:"I'm just sorry to Chelsea fans! Sometimes these things happen. It's difficult to explain.

"The most important thing is that we got the point, though. We have added another point to try and stay away from [the threat of] relegation.

"I think in these games, you have to be clever and focused to stop a side like Chelsea. We're glad we could do that today to get this point. Now we have our final against Stoke next week."

With that crucial clash against the Potters now next on the horizon for David Moyes' team, Hart also insisted the focus shifts instantly to the London Stadium fixture.

"We're moving in the right direction, but you've seen this league; one day you've got a big smile on your face and the next you don't," he continued.

"Next Monday against Stoke is our game of the season now, so maybe if we get a result there our smile will be stronger. But that's the future - we are on the present now and we have 34 points, six ahead of the relegation zone and that's great for us.

"I'm [personally] very focused on West Ham at the moment - that's my job and that's what I'm here to do, to fight for this team.

"We are creating a really good spirit in the team, right the way through, from the injured boys, the boys on the bench, we stick together on and off the pitch and today was a good example of that."