Team news: Starting spots up for grabs against Tottenham 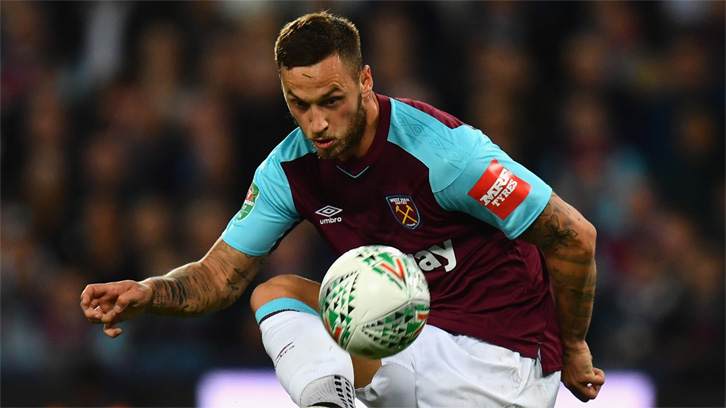 Places in the starting XI for West Ham United’s Premier League clash against Tottenham Hotspur on Saturday will be up for grabs after Tuesday’s impressive 3-0 Carabao Cup win over Bolton Wanderers, Slaven Bilic has confirmed.

The boss was impressed with the likes of Marko Arnautovic, who grabbed two assists in midweek, as well as club captain Mark Noble, returning to the side after injury.

Diafra Sakho scored his second of the season and will be pushing for more minutes against the north Londoners, while Declan Rice was back in the team and performed superbly at centre-back.

It gives Bilic, who confirmed Pedro Obiang will miss Saturday’s fixture, a selection headache as the Hammers look to make it three wins from three home games against their London rivals.

And the manager informed the media during his pre-Spurs press conference that the 25-year-old will miss out this weekend.

He said: “Pedro got injured at West Brom. It was one of those injuries where the player finishes the game all well, no problems, but he picked up an injury.

“So, it’s nothing major or big, but he won’t play on Saturday. He won’t be in the squad.

“Hopefully he’ll be ready for Swansea but that’s basically it to be fair.”

Meanwhile, the boss also gave an update on Manuel Lanzini, winner of last season’s memorable victory over Mauricio Pochettino’s team in May.

The creative Argentine has scored three goals in his four appearances against Spurs, but will not be able to add to his tally on Saturday.

“Lanzini has started training with us, with the team,” continued Bilic. “But Saturday is way too early for him.”

To have skipper Mark Noble back in the fold after he recovered from a minor knee injury is  huge boost for the Hammers however, the Croatian went on to admit.

“It is important to have Mark, he’s our skipper. He’s the club captain, he’s responsible for a good atmosphere and shape and everything and discipline in the dressing room, on and off the pitch.

“It’s great to have him back in the team and where he fits, he’s really good player and important person and player.”