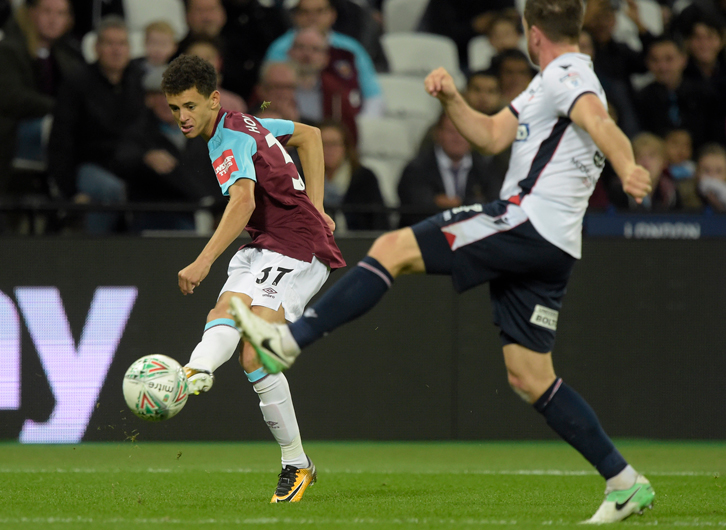 Having impressed with the U23s since joining the Hammers in January, Holland was given his chance in Slaven Bilic’s team on Tuesday evening in the Carabao Cup when he came on for fellow debutant Sead Haksabanovic just after the hour mark.

The 19-year-old was included in a few first team squads at the back end of last season but the winger failed to make the field. Having finally made his debut, Holland is delighted to get his first appearance for the Hammers.

"It’s a dream come true,” Holland told whufc.com: “Since I joined the club in January I’ve been working hard to get to this moment. I made it onto the bench last year but didn’t get a chance. Getting out there was amazing.” 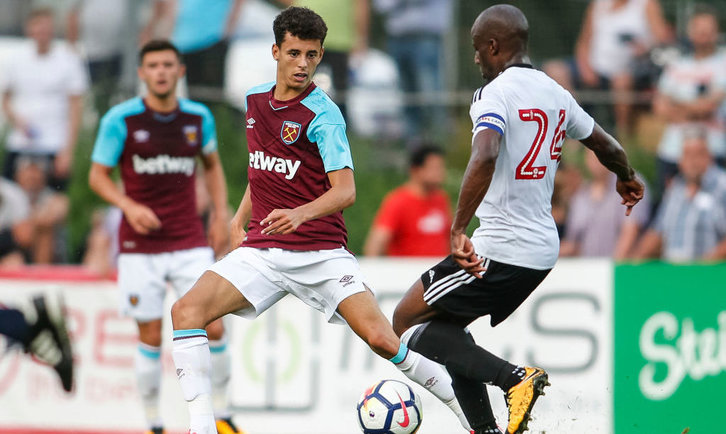 As Holland took to the pitch supporters were met with a picturesque moment - one which will live with fans for a long time - as Academy graduate and first team captain Mark Noble pulled the winger in for an embrace.

That quiet word ahead of play restarting helped to quell Holland’s nerves as he played in front of 35,806 supporters at the London Stadium.

“As soon as I came on Nobes pulled me in and said, ‘just do your thing’”, Holland revealed.

“I was a bit nervous to be honest. It was a big crowd, the biggest crowd I’ve ever played in front of. My early run with the ball and winning a corner helped settle me quite a lot. As soon as I got a touch on the ball it felt real.

“I felt really comfortable after that and I really enjoyed myself, and I want to do it more now.”

It’s a dream come true. Since I joined the club in January I’ve been working hard to get to this moment. Getting out there was amazing.

Having now had a taste of top level football Holland is targeting more showings for Bilic’s side throughout the season, and is hoping he can continue to show why he is good enough for the first team.

Holland added: “Getting more minutes in the first team is my aspiration for this campaign. It’s a big squad and you have to work hard to get your chance but I’m really happy with how I’ve done against Bolton.

“Now I just need to keep working hard with the U23s and then I’ll hopefully get another chance again soon.”