Marko Arnautovic may have set up two goals on his London Stadium debut, but the Austrian is thinking only about the future rather than the past.

But after the game, Arnautovic’s attentions had already turned to Saturday’s London derby with Tottenham Hotspur.

“I think it was a good one [on Tuesday],” he said. "I'm really pleased with this, how we played, how we acted. Of course, we can always improve, we had many chances to score more goals, but I think we played very solid and we can progress like that.

"The first three games of the season was not West Ham, but now we're progressing and getting better.

"Bolton had nothing to lose. They came here and wanted to impress, but I think we handled this perfect. We didn't let them have any chances, we played solid and we showed good personality and this is the most important thing.

“We have done our job and played well, but the game is gone and we have to focus on Saturday.”

West Ham have defeated Spurs at home in each of the last two seasons, but those games were played before Arnautovic’s arrival from Stoke City.

While he did not dismiss those achievements, the club-record signing knows the Hammers will be judged on what they do this weekend, and not the victories they have achieved against Mauricio Pochettino’s side in previous meetings.

We have done our job and played well, but the game is gone and we have to focus on Saturday

“I don’t know about how the previous matches have gone against Spurs, as this is my first year here, but this is a London derby and we are playing at home, so of course we want to win this game, but it’s going to be a tough challenge,” he said. 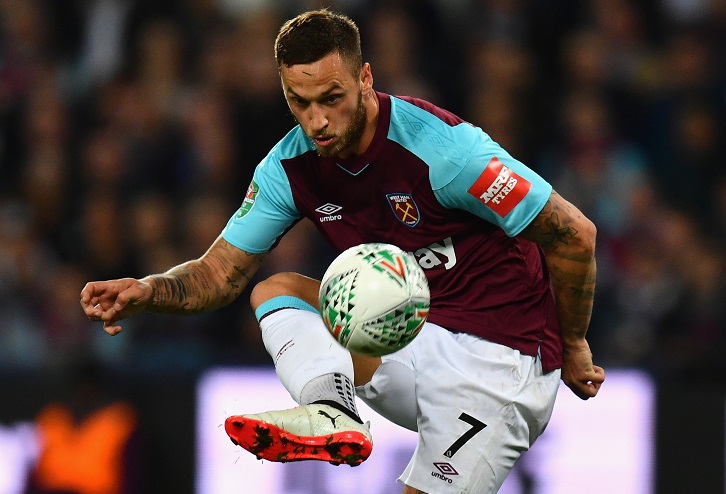 In his last three meetings with Spurs in a Stoke shirt, Arnautovic was on the receiving end of three 4-0 defeats, with Harry Kane scoring six of those 12 Tottenham goals.

However, when asked if Kane was the man West Ham need to concentrate their defensive minds on this Saturday, the No7 said the England international was just one of a host of attackers that the Hammers will need to keep tabs on.

“It’s about the whole team, it’s not only about Harry Kane,” he said. “It’s never about one player. We need to stop everyone, but we need to focus on us and not on them.

“We need to play our game and we are playing at home, we have the crowd with us, so let’s play on the front foot and we’re going to see how it is.”