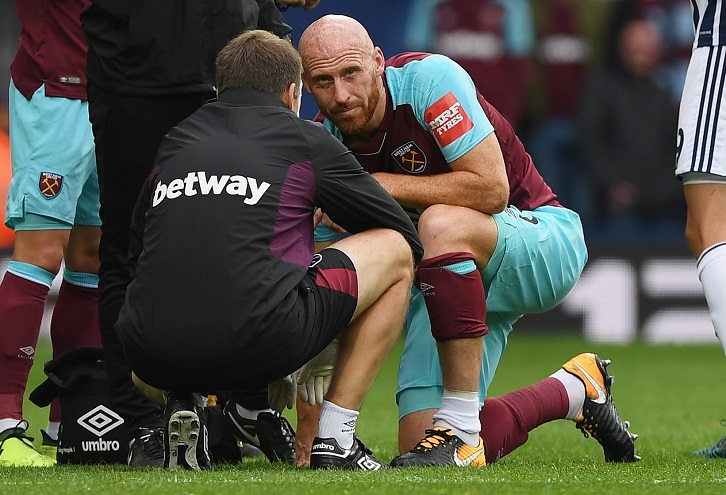 James Collins has been handed a boost with the news that the ankle injury he suffered in Saturday’s 0-0 draw at West Bromwich Albion is not as serious as originally feared.

The Wales international was forced off 13 minutes into the second half at The Hawthorns, after picking up the knock just before half-time and attempting to carry on.

Collins left the stadium on crutches but a scan this morning has revealed only a sprain and the 34-year-old is likely to be back in action within two to three weeks.

Head of Medical Services Gary Lewin said: “It’s good news for James in the sense that it is not long-term or as serious as it perhaps looked at the time.

“He is the type of player who will run through brick walls for you and will be desperate to get back as quickly as he can, but we will manage him very carefully and ensure he returns when the time is right.”

“Mark has returned to full training and is available for selection tomorrow,” he said. “Edimilson is progressing well following the ankle sprain he suffered on international duty with Switzerland, and should resume full training in the next few days.

“Manuel Lanzini is a bit further away but still on schedule in terms of his rehabilitation from the knee injury that he irritated up at Newcastle last month.

“He is back on the training pitches and working hard, and we are looking at him being available again after the next international break.”