Carroll: The lads are strong together 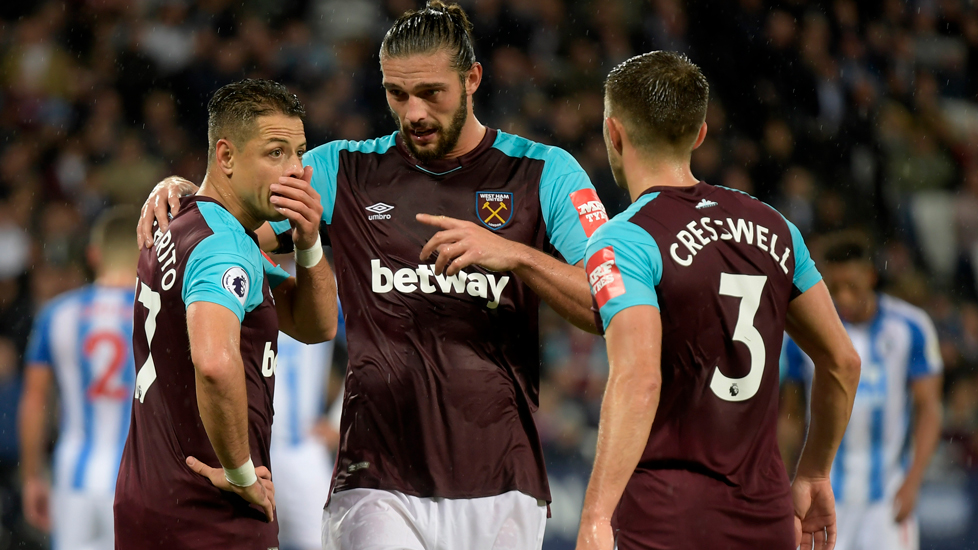 Andy Carroll believes the Hammers’ team spirit was key to ending their wait for a first Premier League victory of the season.

West Ham bounced back from three straight defeats with a 2-0 victory over newly-promoted Huddersfield Town on Monday, giving Carroll the perfect comeback after he had to sit out the opening month of the campaign with injury.

The 28-year-old was a handful throughout for the Terriers defence, creating chances for others with his target man play, as well as having efforts at goal himself.

Second half strikes from Pedro Obiang and Andre Ayew gave the hosts the points and Carroll said that was the least his side deserved.

“It’s nice to be back and put on the kit,” he beamed. “I felt good being back around the lads all week preparing for the game.

“Even though we had the international break we’ve been knocking our heads together all week, wanting to do well. The lads are strong together, everyone’s been talking, basically telling each other to pull their finger out and that’s exactly what we did on Monday.

“Everyone in the team gave their all and got the win. Everyone’s together in that dressing room and everyone will be together until the end.”

Monday’s meeting with the Terriers was the first home match of the season for the Hammers, so Carroll was delighted to get off to the perfect start at London Stadium.

Everyone in the team gave their all and got the win. Everyone’s together in that dressing room and everyone will be together until the end

He added: “We had three away games, which was obviously no excuse for the performances we gave, but we bounced back on Monday with a great win and a great performance.

“We could probably have had a few goals in the first half, they got a block on my header and on Ginge’s header, Cheik had a good chance.

“We kept at it, we knew it was going to come and we got the two when Andre came on as well.”