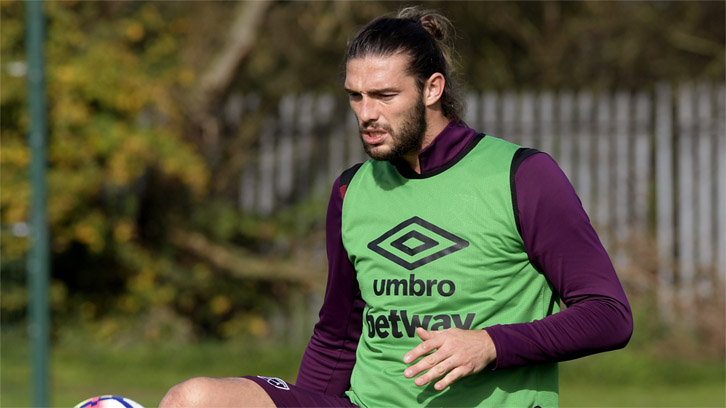 Slaven Bilic confirmed Andy Carroll will return to the matchday squad when his West Ham United side face Tottenham Hotspur in the Carabao Cup fourth round on Wednesday evening.

The forward, who was sent off for two bookable offences against Burnley in the Premier League over a week ago, served his one-match suspension when Brighton and Hove Albion travelled to London Stadium on Friday.

The boss also told the media in his pre-match press conference that Spanish goalkeeper Adrian will start between the sticks against the north Londoners.

The 30-year-old has played every minute in the competition so far this campaign and will continue in goal, taking over from Joe Hart, on Wednesday.

The Hammers take on Spurs at Wembley for a place in the quarter-final of the competition after wins over Cheltenham Town and Bolton Wanderers saw them reach the last-16.

Mauricio Pochettino’s team were 3-2 winners when they travelled to London Stadium in the Premier League earlier this season and Bilic’s side will be hoping for revenge on Wednesday.

The boss also gave updates on the likes of Michail Antonio – who suffered a knock against the Seagulls – as well as James Collins and Diafra Sakho. 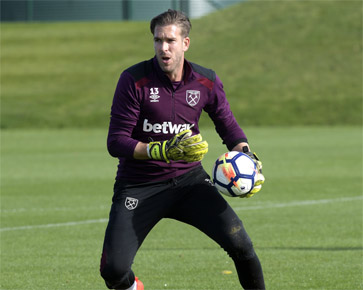 He said: “We have Andy Carroll back in the squad. Michail Antonio will definitely be out tomorrow because he had a knock on his ribs in the first half against Brighton, but managed to play. It's very painful, so he'll be out.

“Then there are only Collins and Sakho, who start to train with us for the first time today.

"Tomorrow it is going to be Adrian [in goal]."

Bilic fielded a strong XI when his outfit beat Bolton in the third round back in September, with skipper Mark Noble, midfielder Cheikhou Kouyate and summer signing Marko Arnautovic all starting in the 3-0 victory.

And the boss confirmed at Wembley, he is likely to do similar while also making a few changes to his team.

“[I will do] both of the above – [field a strong side and rest players]. They are my players and they are my time.

“Some of them it's my third season and for the new players, I was involved in them coming to the club and I rate them very highly. It's a big part of my job to demand them to play better, and to help them to hit the form we want them to hit.

“We all have the same aim and same goal, both tomorrow and for the season. It's my job to help them and definitely to lead them.”