Carroll: I'd love to play up top with Chicharito 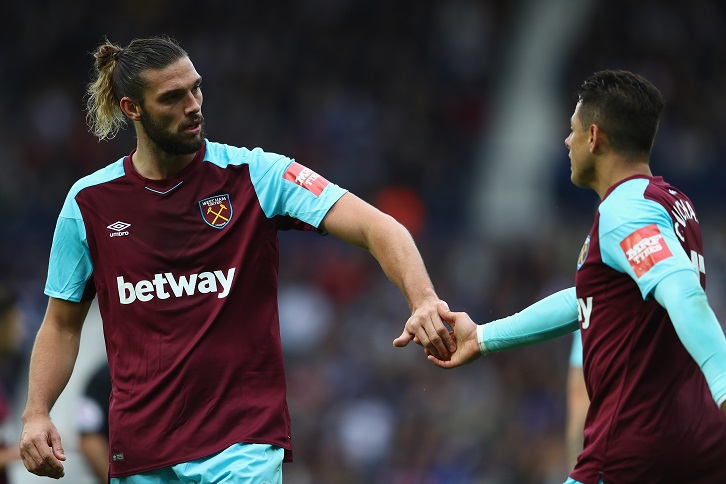 Andy Carroll is convinced he can forge a successful strike partnership with Chicharito.

The England centre forward and Mexico striker have spent 280 minutes on the pitch together since Carroll’s return from injury last month.

However, the pair have partnered one another in attack in a 4-4-2 formation for just 78 of those minutes – in the 1-0 Premier League win over Swansea City at London Stadium last time out – and Chicharito’s consolation against Tottenham Hotspur on 23 September is the only goal either have scored when they have been in action at the same time.

While the numbers so far may not be outstanding, Carroll says it is still early days and the pair can undoubtedly work well together in the future.

“He’s got to play up front, that’s his position, and the manager has said that himself,” the No9 observed. “That would lead to a 4-4-2 if he’s playing like that and I’m confident we can work well together.

“We obviously played 4-4-2 last week [against Swansea] and it worked. Who knows [what the manager will do at Burnley on Saturday]? We’ll just do what comes, but obviously I’m confident playing with him in any formation.

“He’s obviously a great player and I’d love to play up top with him.” 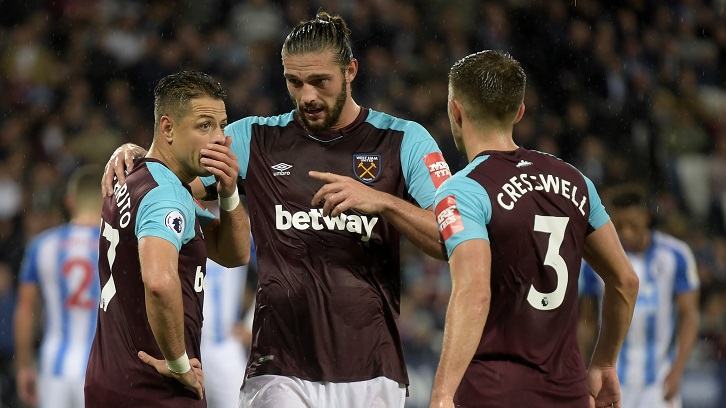 Chicharito is not the only top-class striker available to partner Carroll, of course, with Diafra Sakho coming from the bench to score the winner in that victory over Swansea on 30 September.

“Diafra is always popping up. He had problems with injuries last season but, when he plays, he scores.”

“The last two weeks have been good. We won the last game, so it was nice to go into the international break on the back of a win.

“I feel very good. In training, I’m feeling a lot sharper and I’m really ready to kick-start the season. I’m not 100 per cent yet and I’ve got a long way to go, but I’ve been working hard and everything.”

While he would clearly love to break his duck at Turf Moor and hit the net for the first time since scoring at Hull City on April Fools’ Day, Carroll rightly believes there is more to his game than goals.

“It’s been a long time since I scored, but I don’t feel my game is all about goals. I create chances and drag players out of position, too.

“Obviously I love to score goals like any striker and I’m sure there’s many to come, but it’s not really the main thing to me.”

It’s been a long time since I scored, but I don’t feel my game is all about goals. I create chances and drag players out of position, too

Burnley will not lie down and let Carroll get off the mark, though.

The Clarets have made a strong start to the campaign under Sean Dyche and the 28-year-old is expecting a testing afternoon at Turf Moor.

“They’ve had a good run and had some fantastic results against the top teams and they’ve got a fantastic manager and a really intense stadium with the fans close to the pitch, so it’s going to be tough, we know that, but we’ve been working this week and will be ready for them.

“You would like to think we can use these next few games to build a platform. We’ve had some games we’ve struggled in but we’ve got results as well, so we need to focus on keeping another clean sheet and getting another three points.”