Zabaleta: Sakho can make a big impact on our season 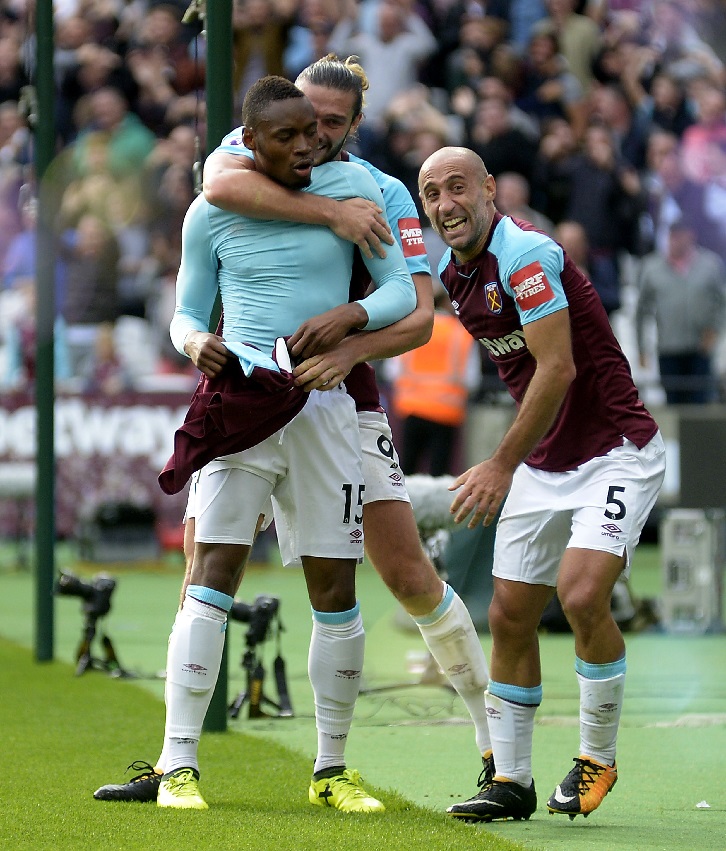 Diafra Sakho can continue to make a ‘big impact’ on West Ham United’s season, according to teammate Pablo Zabaleta.

The Argentinian has been impressed by Sakho’s attitude and application in training and matches amid speculation over the striker’s future in east London.

And now, with the transfer window well and truly closed, Zabaleta has urged the Senegal star to keep up the good work that has led to goals in the Premier League, Carabao Cup and 2018 FIFA World Cup qualifiers in recent weeks.

“Diafra can have a big impact for us because he’s a great player, but it is all about confidence,” said Zabaleta of Sakho, who has registered three goals and one assist in just 233 minutes of football in Claret and Blue this season.

“He’s not been playing much in the Premier League aside from coming on for a few minutes, and his only starts have been in the Carabao Cup.

“This is what you expect from players like this who, even if they are not starting the games, they come on and give 100 per cent, even if it is only for ten minutes. He did that against Swansea, so I’m very pleased for him.”

This is what you expect from players like this who, even if they are not starting the games, they come on and give 100 per cent

Following his late London Stadium winner against Swansea, Sakho made the most of his recall to the Senegal squad with another vital goal, this time the opener in a 2-0 World Cup qualifying win in the Cape Verde Islands.

Zabaleta has seen the No15’s quality for himself and urged the forward to keep his head down, keep working hard and aim for a place in Slaven Bilic’s Premier League starting XI.

“Personally, I always try to understand player’s situations. I’m a new player here and I don’t know Diaf’s situation from last season or three or two seasons ago or whenever but, when the transfer window closed, Diaf was a West Ham player and he has given everything because he is important for this Club and is a great player.

“He has done a fantastic job for this Club, so he needs to fight for a place, show the manager he is worthy of a place in the team and that’s it.

“The best way to do it was like he did against Swansea, coming on, making runs, working hard and scoring goals. That is the only way to show the manager you are worth a place in the team and that healthy competition between everyone has to be like this.

“I understand that every player cannot play every week. This is the manager’s job, thinking what is best for the team. As a player, I’ve been dropped many times and the only way I can show I am worthy of a place in the team is by performing and working hard – this is what it’s all about.”