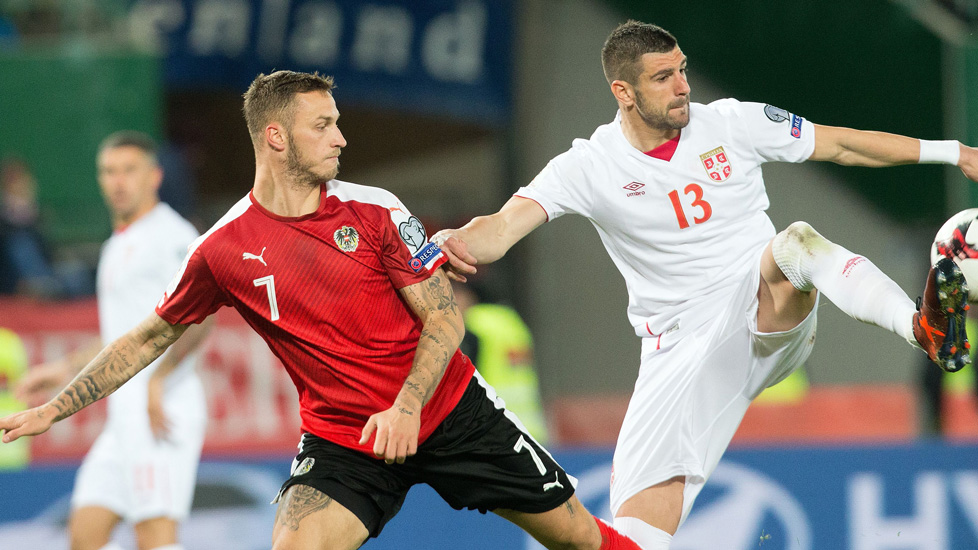 Marko Arnautovic assisted Austria's goal as his country rounded off their FIFA World Cup qualifying campaign with a 1-0 victory in Moldova.

Austria went into the game knowing they could not catch Serbia, the Republic of Ireland or Wales at the top of Group D, but ensured they finished on a positive note thanks to Rapid Vienna midfielder Louis Shaub's second half goal.

Arnautovic laid on the only goal of the game as he won his 66th international cap, and although Austria's attempt to qualify for the finals in Russia ultimately fell short, the Hammers attacker had a productive campaign personally, scoring four goals and assisting three more in his nine appearances.

Meanwhile, Academy youngster Dan Kemp also started as England U19s warmed up for next month's UEFA U19 Championship qualifiers with a 2-2 friendly draw in Slovakia.

The Young Lions led twice through Mason Mount and Elliot Embleton, but were pegged back on both occasions as the scores ended level in Senec.