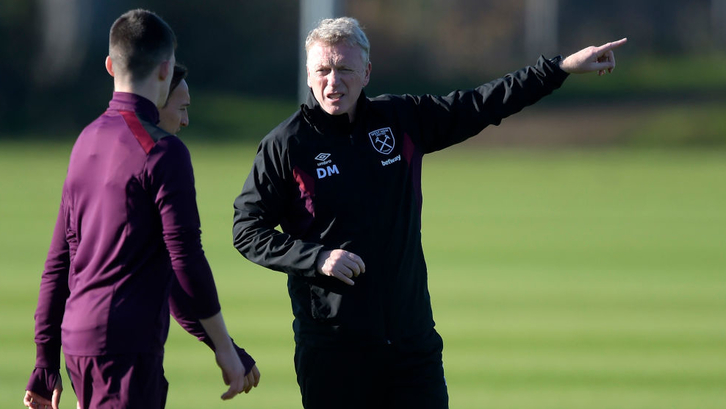 David Moyes has revealed he will likely include ‘one or two’ members of the West Ham United U23s in his squad against Watford with a couple of players – including Chicharito – set to miss the match with injury.

Moyes is preparing for his first match in charge of the Hammers – one which coincides with his 500th as a Premier League manager – but will need to do so without Chicharito, who picked up a hamstring injury while on international duty with Mexico, which the manager has confirmed will keep the striker out of this weekend’s fixture.

The U23s have been training with the West Ham first team over the international break and Moyes is ready to bring a couple of these players into his matchday squad for Sunday’s contest, having been impressed with what he’s seen from the youngsters during his first ten days in charge.

Moyes revealed in his press-conference: “I think everyone knows he [Chicharito] has got a hamstring injury. It could take a week, it could take two weeks. Because of the level it’s at we’re not sure.

We’ve got a few injuries so it will probably mean that I’m going to bring one two players with me from the U23s into the first team squad.

“We’ve had the U23s training with us for the last week and a half,” Moyes continued. “I’ll go and have a look at the U23s tonight [against Derby County]. We’ve got a few injuries so it will probably mean that I’m going to bring one two players with me from the U23s into the first team squad. 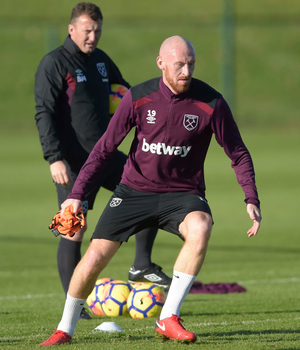 “They’ve been involved in all the training sessions. They’re getting to know the boys and myself. I’m starting to get to know one or two of them.”

Moyes also confirmed that Winston Reid and Diafra Sakho had not trained on Friday, due to returning from international duty this morning, but expected the pair to be ready for Watford.

He added: “Today some of the players returned for the first time. Winston Reid has flown in this morning, so did Diafra Sakho. I’m expecting both of them to be fit for the game.

“Neither of them trained today but with a bit of luck they’ll both be back.”

However, the new West Ham manager also revealed that, despite being back in training, James Collins would not feature this weekend.

Moyes said: “Collins has only just returned to training after around seven weeks out. He’s working hard but he won’t be ready.”