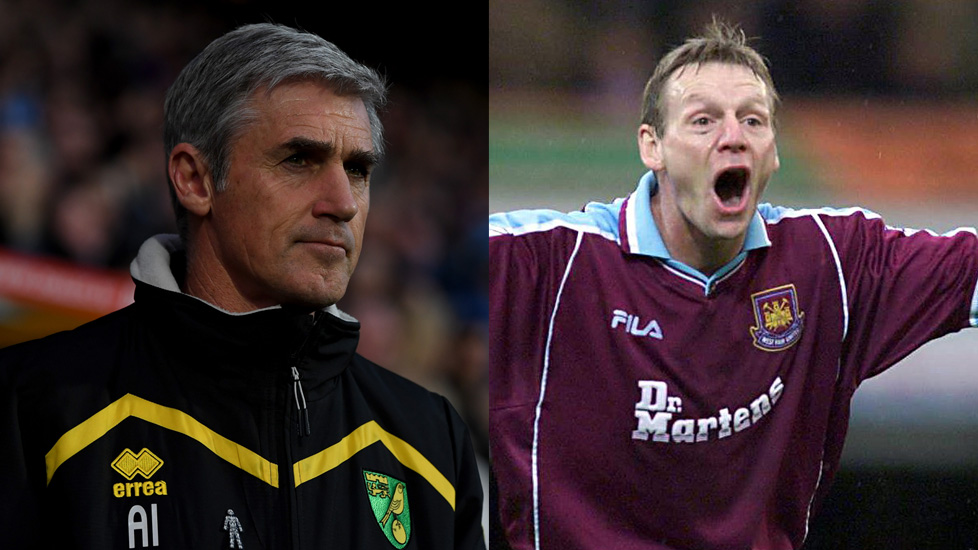 David Moyes has confirmed the appointment of Alan Irvine and Stuart Pearce as his assistants at West Ham United.

The manager also hopes to confirm the appointment of Billy McKinlay – currently in a caretaker role at Sunderland – as a third assistant in the coming days.

Irvine will be reunited with fellow Scot Moyes, whom he has previously worked with at both Preston North End and Everton.

The 59-year-old Glaswegian has managerial experience of his own, having taken the reins at Preston, Sheffield Wednesday and West Bromwich Albion and was most recently at Norwich City, where he served as assistant manager to Alex Neil.

“I’m delighted to be given this opportunity and am really looking forward to the challenge ahead," said Irvine, who has been assisting Moyes throughout his first week in charge. "I obviously know David well from our time together at Preston and Everton, and it was certainly a big attraction to work with him again, as was the thought of coming to a club like West Ham.

“This is the sixth job I have been offered since leaving Norwich at the end of last season – some of which were very attractive - but it’s the first one that has persuaded me to accept, so I hope that says a lot about how excited I am to be here.

“The prospect of working in the Premier League, at a great club, and alongside David, meant that it was an opportunity I couldn’t resist, and I hope that I can now make a positive contribution."

Former Manchester City and Nottingham Forest manager Pearce returns to the Hammers 16 years after a playing spell which saw him turn out 50 times in claret and blue.

“I’m really looking forward to coming in and getting involved,” said Pearce, who will join up with Moyes and the playing squad at Rush Green on Monday.

“The opportunity to work with David Moyes, who I have respected greatly over the years, was a big factor, as was having previously played for the club.

“It’s been many years since I was there for a couple of seasons, but I really enjoyed my time. The West Ham fans were fantastic to me and I’m looking forward to coming back.

“It’s tough times at the moment but it’s a fantastic opportunity for me. I’m really excited by the challenge.”

55-year-old Pearce won 78 England caps in a glittering playing career which saw him win two League Cups during a lengthy spell at Nottingham Forest along with appearing for England at three major championships.

Following his time at the Boleyn Ground, Pearce's final club as a player was Manchester City, where he later took over the managerial reins in 2005.

A successful seven-year period in charge of England's U21s followed, where he took the team to the 2009 UEFA U21 Championship final, with Mark Noble as captain.

He also took charge of the Great Britain side at the 2012 London Olympic Games, and returned to club management for a year-long spell at Nottingham Forest in 2014.

Former Dundee United, Blackburn and Leicester midfielder McKinlay, 48, worked with Moyes at both Real Sociedad and Sunderland, where he has recently been helping out on a temporary basis alongside another former Hammer, Robbie Stockdale.