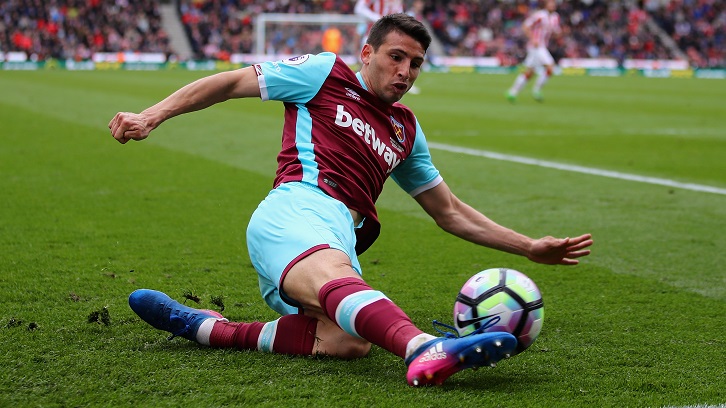 West Ham United have issued the Club's Retain List of players at the end of the 2016/17 season.

Academy graduates Moses Makasi and Noha Sylvestre have both signed new one-year deals, while the Club has exercised an option in full-back Alex Pike’s contract to extend for a further year.

Loanee Jonathan Calleri (pictured, above) returns to Uruguayan parent club Deportivo Maldonado after appearing 19 times for the Hammers, with the Argentinian striker scoring his only goal in the Premier League victory at Middlesbrough in January.

A second loanee, Turkish midfielder Gokhan Tore (pictured, below), returns to his parent club Besiktas after making eight appearances in all competitions – five in the Premier League, two in the UEFA Europa League and one in the EFL Cup.

The 25-year-old was the man who provided the assist for the first-ever Premier League goal scored at London Stadium – Michail Antonio’s header against AFC Bournemouth in August.

Alvaro Arbeloa’s contract expires on 30 June after his single season in east London, during which time he made three Premier League appearances and also started the EFL Cup victory over Accrington Stanley. 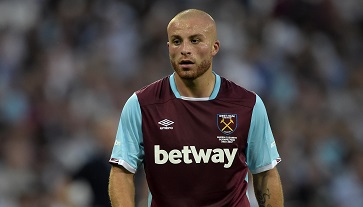 Nineteen-year-old goalkeeper Howes was capped by England at U17, U18 and U19 levels, while he also appeared for the first team on the Football United Tour to New Zealand in summer 2014. The teenager spent the 2016/17 season on loan at National League South club Hampton & Richmond Borough.

Striker Ford also spent part of the 2016/17 campaign on loan in National League South with Bishops Stortford, having joined West Ham from Ipswich Town in March 2016.

Defender Knoyle, 20, made his one and only Hammers appearance in the UEFA Europa League third qualifying round second leg defeat by Astra Giurgiu in Romania in August 2015.

The Newham-born player was later loaned to Scottish club Dundee United, where he reached the 2016 Scottish Cup semi-finals. Knoyle spent part of the 2016/17 season on loan at Championship side Wigan Athletic.

Finally, defender Westley, 23, joined the Hammers from Stoke City in July 2014 and has appeared regularly for the Club’s U21 and U23 sides.

Westley also spent the 2015/16 season on loan with Dutch club VVV-Venlo, making his first-team debut in a Jupiler League victory over FC Den Bosch in April 2016.

The Club would like to thank all those named above who will be leaving for their efforts and wish them well in their future careers.