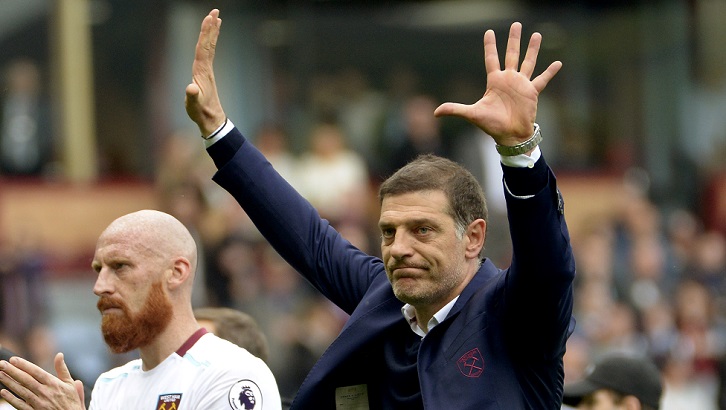 Slaven Bilic believes West Ham United’s strong finish to the 2016/17 season will stand them in good stead when the Premier League kicks off again in August.

The Hammers completed a run of one defeat in their last seven matches, including three morale-boosting victories over Swansea City, Tottenham Hotspur and, on Sunday, at Burnley.

Despite being shorn of eight senior players absent through injury or rehabilitation, Bilic sent out a side which played with verve, passion and no little skill, capped by a sublime equaliser from Sofiane Feghouli.

Andre Ayew, who set up Feghouli’s goal with a neat flick after Sam Vokes had put the Clarets ahead, then won the game when he reacted quickest after Edimilson Fernandes’ shot dropped into his path via Tom Heaton’s palms and the Burnley crossbar.

When asked if the victory would put a smile on his face as he packed his bags for a summer holiday in his native Croatia, the manager said it most definitely would.

“It gives you optimism,” Bilic confirmed. “I didn’t want to talk about the obstacles during the season and players being injured and all that because you want to be positive and talk about the players who are going to play in that game.

“We know we had eight major surgeries and we had ten players who were out, each one of them, for a minimum of two-and-a-half months. This is scary. It is literally too much.

“Considering that and considering the move to the new stadium, which is definitely long-term the best thing this Club has ever done, it needs time to adjust to it.

“Considering all of it, we done well. It’s not a season to talk about, to hail it as one of the best seasons because it ain’t. Last year was, but there is something between great and bad and we’ve done it because never lost belief. It’s permanent. The confidence was up and down and varied because of the results, but the belief was always there.

“It wasn’t enjoyable, put it that way, but individually and as a team I am sure we will benefit from this season a lot. It was a great experience and I expect us to benefit from it, large.”

It wasn’t enjoyable, put it that way, but individually and as a team I am sure we will benefit from this season a lot 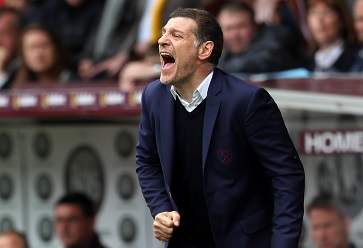 Reflecting on Sunday’s impressive and deserved win at Burnley, where his team played some superb football to recover from the shock of Vokes’ opening goal, Bilic was positively purring.

Feghouli’s leveller was a thing of beauty as a quick free-kick was flicked into the Algerian’s path by Ayew and the No7 made no mistake with a clinical finish.

Then, a dominant second half performance was headlined by Ayew’s sixth Premier League goal of the season, which the manager was more a case of judgement than luck.

“The second goal may have benefitted from a touch of luck, but the whole action was for me brilliant,” he stated, when asked if the winner was ‘lucky’ by a journalist. “How it finished, OK, it was a bit lucky, but we came with a lot of players there [in the box] and that’s why that rebound fell to Ayew, like it did for Lanzini’s goal against Spurs.

“You have more chances that the ball will drop to your player when you have five in the box. Andre Ayew is great at being in the right place at the right tie. We came there, so alright it had an element of luck but we deserved it.”