Hammers to target quality over quantity 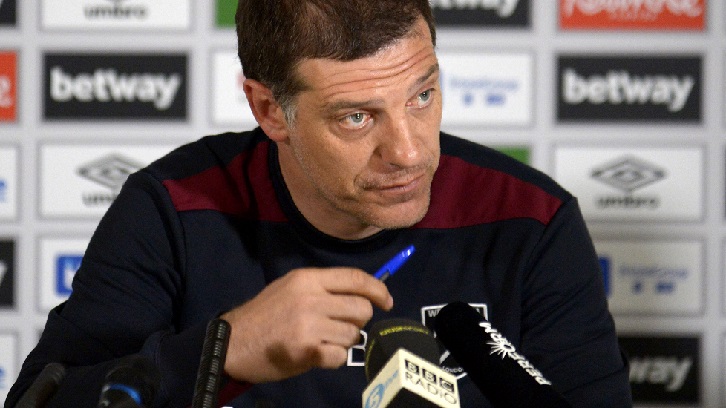 The Hammers signed a dozen senior players a year ago, but the manager says they will look to bring in a smaller number of top-class players to bolster his already strong squad.

However, Bilic conceded that competition for the small and select band of players who are both available and within the Club’s budget will be fierce.

“We want to improve,” he confirmed. “We don’t need squad players and all that as we have enough of them.  OK, if someone goes we can refresh the team, but what we need is a couple of real players who can improve our game.

“I ain’t gonna talk about names or even talk about positions now, but we are aiming to do it, like I’m pretty sure any other team in any other league is planning to do.

“You have all your wishes and all your plans, no matter how much money you have, on the one hand, but on the other I spoke to most of the other managers after the games in my office and it wasn’t a surprise to me most of the players on our list are on the lists of ten other clubs in the Premier League. We are all aim for the same players!”

We don’t need squad players and all that as we have enough of them.  OK, if someone goes we can refresh the team, but what we need is a couple of real players who can improve our game

The aim, therefore, is to spot and secure the game-changers before he becomes a must-have target for ‘bigger’ clubs, as West Ham did with the likes of Dimitri Payet, Manuel Lanzini and Cheikhou Kouyate in recent years.

“It’s not easy,” said Bilic. “Dimitri Payet was like hitting the jackpot! When it was done it was done in one week, like under cover or under the radar. We did it before the big teams even started to think about it.

“Those kind of things are the best. Those kind of players, they lift your whole team and your season. Then the clubs who do those kind of deals they usually finish high. But it’s very difficult to find them.”

Bilic also claimed West Ham will not make the same mistake in the summer transfer window as they did a year ago by putting all their eggs in one basket for certain individuals.

The Hammers manager admitted that the Club spent too long chasing Alexandre Lacazette and, when they failed to capture the Lyon and France striker, their back-up options had already been snapped up by rivals.

At the same time, Bilic also talked of the need to be realistic when targeting potential new signings.

“Last year we tried to do something like that. We were in talks with Lacazette, and maybe we spent too much time hoping. We spent a lot of time on that. The Board really tried and then it did not happen and, as a result, we missed out on some of our number two and number three choices.

“Our shopping list this time is not similar to Manchester United or to Chelsea or Liverpool.”