Lanzini - I am very happy here 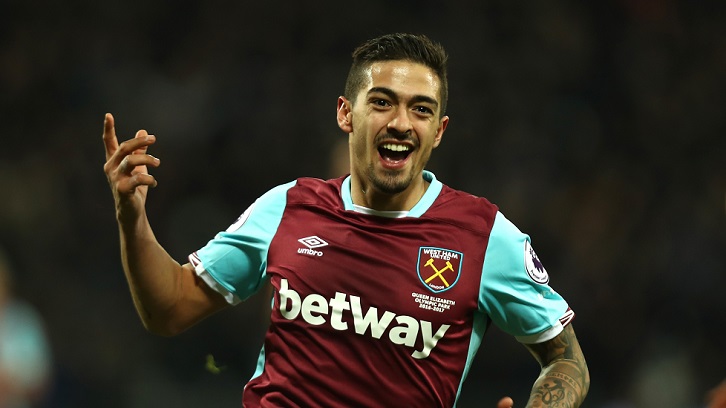 Manuel Lanzini is ‘very happy’ at West Ham United and is already targeting a successful 2017/18 season.

West Ham United’s No10 has been a standout performer this term, scoring eight goals, registering two assists and completing an accurate 87.2 per cent of his passes in a team-high 34 Premier League appearances.

The Jewel has shone particularly brightly in the second half of the season following the departure of Dimitri Payet, setting up two goals in the vital victory at Middlesbrough before scoring an even more important goal in the memorable home win over Tottenham Hotspur.

“The season was good for me on a personal level,” said the Argentinian star. “At the beginning it was not great [as I suffered an injury on international duty in pre-season], but then I could achieve a good level.

“Dimi is a great player. He left and it was not a good news for the squad but luckily at the end I had a very good season.

“[With the win over Tottenham], we achieved the points to stay in Premier League, which was the most important thing. We did not have a good start of the season, but now we need to think in the next game and the next season.

“For now, I am thinking of the next game then thinking of having good holidays with the family. I am very happy here.”

For now, I am thinking of the next game then thinking of having good holidays with the family. I am very happy here

Lanzini was one of a number of important players to miss portions of the campaign through injury but, with the season now at its conclusion, the Players’ Player of the Year insisted now it is a time to look forward rather than lament the past. 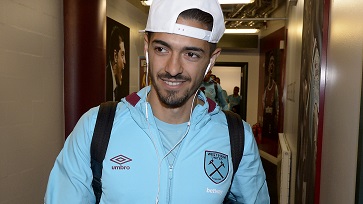 “We did not start [the season] as we expected but we had few problems and injures to deal with and now we have to work hard for the forthcoming season.

“All changes need time to adapt to. The pitch and the stadium are much bigger than the previous ones [at the Boleyn Ground]. Now we have adapted to these changes and we achieved our target of remaining in Premier League.

“Next year, if we work hard, we will get a better result.”

While his Club commitments may be at an end for 2016/17, Lanzini’s outstanding form in Claret and Blue have seen him tipped for a first call-up to the senior Argentina squad.

With La Albiceleste struggling to secure automatic qualification for the 2018 FIFA World Cup finals and currently without a head coach, there may be an opportunity for the 24-year-old to force his way into the national-team set-up.

“When there are changes in the national team, there are opportunities,” he observed. “I am obviously working to get there as it is an honour for every player to play for his national team, but I only have to work hard and play good football.”