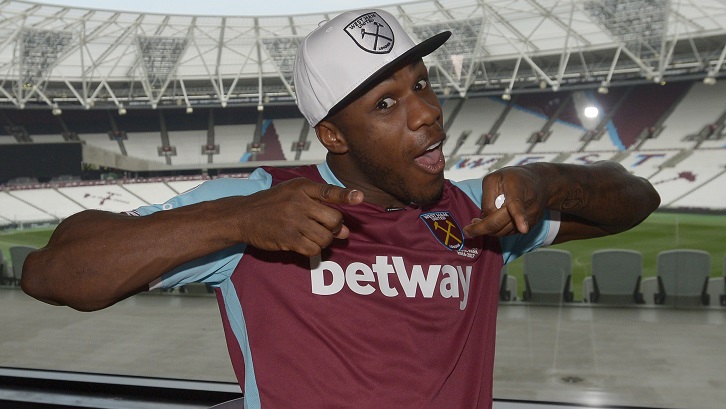 Hammer of the Year Michail Antonio has signed a new and improved long-term contract with West Ham United.

The newly-crowned player of the season and leading scorer put pen to paper on a four-year deal at London Stadium on Friday, pledging his future to the Club he joined in September 2015.

The 27-year-old will now spend the prime years of his career in east London, having already made a huge impact during his two seasons in Claret and Blue by scoring 18 goals in 69 appearances and earning his maiden England call-up. Antonio was pleased to put end speculation over his future and commit himself to the Hammers until June 2021. 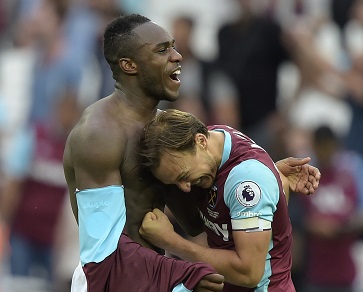 “It's about time, eh!” said the winger, with a laugh. "I'm only joking! I'm over the moon, I've loved my time here and I'm just happy that we have managed to get things sorted so I can move onto next season and do what I've done this season.

"I'm delighted to have signed a new four-year deal. I'd like to thank the Chairman [David Sullivan] because we had a nice little deal for this to get sorted. He's a lovely man and thanks very much!"

"When I was younger, I was growing up in south London and I used to come to West Ham games. I've loved my time here. Last season I managed to finish as runner-up in the Hammer of the Year award and this year I've won it, so it's a case of pushing on and I don't want to drop my standards next season.

"This year has been a better year than last year because I've played from start to finish and I managed to get the England call-up I've been dreaming of since I was a child. Hopefully I can keep pushing on and doing even better, because I always want to do better than I have done previously."

I'm delighted to have signed a new four-year deal. I'd like to thank the Chairman David Sullivan because we had a nice little deal for this to get sorted. He's a lovely man and thanks very much! 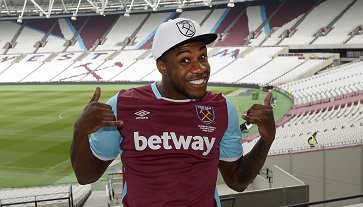 Joint-Chairman David Sullivan, who worked tirelessly to secure the deal, said: “Michail has been absolutely outstanding since he joined the Club nearly two years ago, and was deservedly voted Hammer of the Year this week.

“We are determined to keep our best players at the Club and Michail is certainly one of them. His best years are still ahead of him and we are looking forward to seeing him spend them in a Claret and Blue shirt.

“We wish Michail well with the rehabilitation off his hamstring injury and look forward to seeing him come back stronger next season!”

Antonio’s new deal marks the latest stage in his stunning career, which saw the winger start out with non-league Tooting & Mitcham United before climbing the Football League ladder with Reading, Southampton, Sheffield Wednesday and Nottingham Forest.

A relentless worker and model professional, the ambitious Antonio made it to the Premier League at the age of 25, when he joined the Hammers from Forest 21 months ago.

The powerful and versatile south Londoner made his debut at Manchester City before netting his maiden goal against Southampton at the Boleyn Ground just after Christmas 2015.

It marked the start of a marvellous run of form, goals and eye-catching celebrations, including vital headers against Liverpool, Tottenham Hotspur and Manchester United, that saw him become a hero among the Claret and Blue Army.

After being rewarded with a new four-year deal in July, Antonio continued to make the headlines by nodding in the first Premier League goal in London Stadium history against AFC Bournemouth.

Further goals against Manchester City, Watford and West Bromwich Albion followed, while he was named in the England squad for the first time by former West Ham boss Sam Allardyce.

Antonio’s versatility shone through when Slaven Bilic lost key players to injury, with the No30 turning out on both wings, at right-back and as a centre forward during the winter.

The season ended on another high when Antonio was voted Hammer of the Year for the first time by supporters, receiving his award at the 2016/17 Player Awards earlier this week.

*Don't miss out on watching Michail Antonio do his thing in Claret and Blue next season! Prices have been FROZEN, so renew your Season Ticket here now!