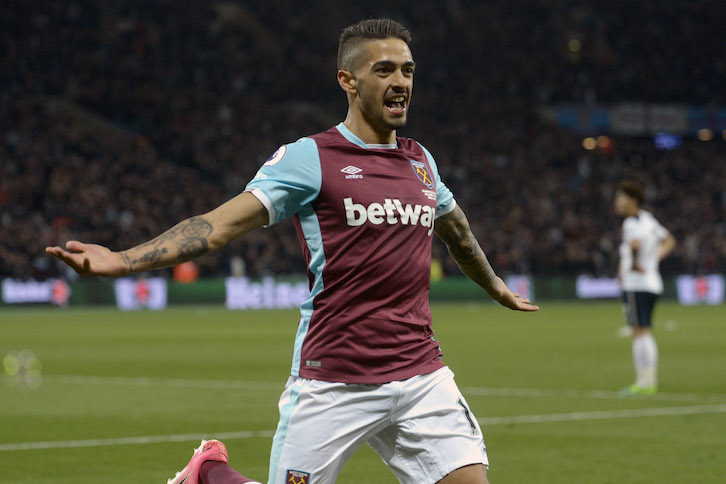 Ain’t nobody like Lanzini, as the song goes. And it couldn’t be any closer to the truth. Once again the Argentinian was on hand to score the decisive goal in yet another London derby as West Ham United beat Tottenham Hotspur 1-0 at London Stadium on Friday evening.

After a goalless first half, where the visitors were limited to one shot on target, the Hammers came out of the blocks quickly in the second half. The deserved goal eventually came on the 65th minute as Manuel Lanzini latched on to the end of Sam Byram’s deflected cross to turn the ball past Hugo Lloris.

Jonathan Calleri soon went close to doubling the Hammers lead and Ashley Fletcher also had a chance late on – indeed Slaven Bilic’s side could have won by more. The Hammers had a total of 13 shots during the course of the match, two more than Tottenham.

For Spurs, who before Friday night had scored 102 goals in all competitions, they forced only a couple of saves out Adrian and struggled to break through West Ham’s impressive back three. The likes of Harry Kane, Dele Alli and Christian Eriksen were fairly anonymous throughout.

Lanzini’s eighth goal was his fourth against London opposition this season – two of those coming against Spurs. His penalty in the return fixture at White Hart Lane in November was followed up by Friday’s close-range effort.

His record extends beyond 2016/17, however, and Friday’s strike was his ninth in all competitions against clubs from the Capital since joining West Ham in 2015.

The Hammers’ number ten now has three career goals from just four matches against Spurs and has only a better scoring record against Crystal Palace in the Premier League.

He was voted ‘Man of the Match’ by West Ham United supporters on Twitter and was a central figure in the all of the home side’s attacking opportunities. Lanzini’s four dribbles was the most by any West Ham player and bettered only by England international, Dele Alli; he had the joint-most attempts on goal with three, and made 33 passes at a success rate of 86 per cent.

Rather remarkably, Lanzini also made the most amount of tackles on the West Ham side, highlighting Slaven Bilic’s perfectly executed plan to limit the available space for Spurs in the midfield.

Since January, he has scored five goals and made two assists and with two games remaining in the season, there is no doubt he will want to add to it. The Hammers’ final match at London Stadium takes place on Sunday 14 May against Liverpool, before they make the trip to Burnley’s Turf Moor on the final day. With the club’s Premier League status now secured, Slaven Bilic will demand that the season ends in a positive fashion and Lanzini will undoubtedly play a central role in fulfilling that.