Noble to draw on Spurs memories 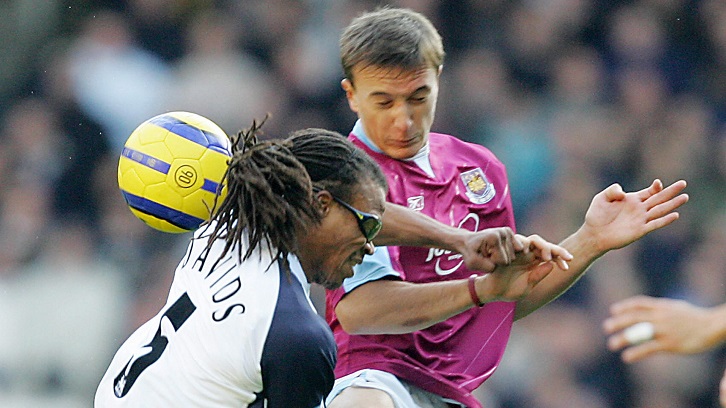 Mark Noble will draw on the memory of his first-ever appearance against Tottenham Hotspur when he lines up against the north Londoners tonight.

The West Ham United captain was just 18 when he took his place in the midfield for a Premier League fixture with Spurs at White Hart Lane in November 2005.

Despite facing the likes of Netherlands international Edgar Davids and former Hammer Michael Carrick, the young Noble held his own as Alan Pardew’s side drew 1-1.

“I was told this week that this will be the 17th time I have faced Spurs in the Premier League and, like so many of the 16 that have gone before, this is another massive game for both clubs,” Noble observed.

“I can remember the very first time I played against Tottenham at White Hart Lane back in November 2005, when I was just 18 – time flies so quick! We drew one-all and I was playing in a midfield against Edgar Davids and Michael Carrick. I actually scored that day but it was offside, but it is still an amazing memory!

“Now we have tonight’s game and Spurs want to win the title. They’ve been on Chelsea’s tail the whole season and will want to put them under pressure.

“They are a very good side without many weaknesses at all, but it’s a derby, we’re at home and we need to be at 100 per cent to be able to get a result.

“We are going to need to be solid tonight because, although Chelsea are top, I think with the way they play and the way they are set up, for me Spurs are the best team in the league at the minute.”

Hopefully, we’ll play as well as we can do and give Spurs a proper game, because that’s what the fans expect and that’s what we’ll try and give them

While Tottenham have title ambitions, West Ham and Noble need a win to ensure the Hammers are in the Premier League next season.

“It’s an important game for us as well, because we need points and we want to finish as high as we can in the Premier League table,” the No16 confirmed.

“Hopefully, we’ll play as well as we can do and give Spurs a proper game, because that’s what the fans expect and that’s what we’ll try and give them.”

Finally, the skipper called on the Claret and Blue Army to roar their team on tonight, with a sell-out crowd expected to create a fantastic atmosphere on Spurs’ first visit to London Stadium.

“It’s a London derby and it’s an exciting game, but we need to channel our energies in a positive way,” he said.

“When you are behind us, it helps massively. We’ve got 54,000-odd of you here tonight and we need to hear every one of you, because Spurs are a top team and are second in the league for a reason.

“We need have every little bit of help we can to get a result.”

*Mark Noble was writing in Friday’s 100-page Official Programme, which will be on sale in and around London Stadium tonight, priced £3.50. Alternatively, you can order a copy online here, or download the Digital issue for just £1.99 here.