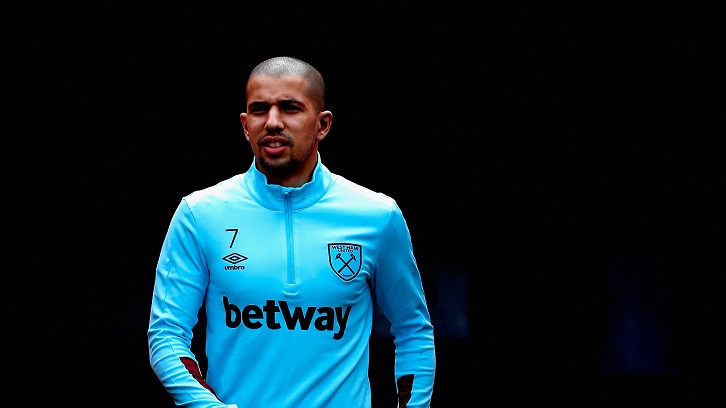 The West Ham United winger was one of the stars of the show as the Desert Warriors reached the Round of 16 in 2014 before being edged out after extra-time by eventual champions Germany.

Now, Feghouli, who scored against Belgium in the group-stage as Algeria reached the knockout stage for the first time three years ago, has his sights set on next summer’s finals.

However, the North Africans will need to up their game if they are to qualify from a group that also includes Nigeria, Cameroon and Zambia, as they sit bottom with one point from two matches.

Algeria do not return to qualifying action until September, when they host Zambia in what will arguably be a must-win tie for a nation currently without a permanent head coach.

I'd like to play in it again in 2018, although it will be very difficult to qualify

“I think the World Cup is the very best competition in terms of the feelings and emotions that it generates,” Feghouli began. “If you haven't played in it, you can't know exactly what it means. I was lucky enough to play in it in 2014 and Algeria played very well. It was a dream come true for millions of Algerians and we made history by reaching the last 16 for the first time.

“We played a historic tie against Germany in which we were on the verge of knocking them out. I was very happy and proud to take part in that incredible adventure.

“I'd like to play in it again in 2018, although it will be very difficult to qualify.”

With 42 caps and eleven goals for his country, Feghouli is a hero in his homeland, where he is lauded alongside the likes of Leicester City pair Islam Slimani and Riyad Mahrez, Porto’s Yacine Brahimi and Dinamo Zagreb’s El Arabi Hillel Soudani.

Wherever he goes, and particularly when he returns to the North African country for international duty, the Hammers No7 is revered by Algerian supporters.

“When I was young, I'd watch all the Algerian players that plied their trade all over Europe, not that there were that many,” he recalled. “I always tried to keep up with how they were getting on at their respective clubs.

“Now that I'm a professional footballer, it's the opposite. There are Algerians who keep tabs on me and I still follow the other Algerians who play in Europe. The country has a population of 40 million.

“Football is the number one sport there and we're really big football fans, especially when it comes to the national team.”