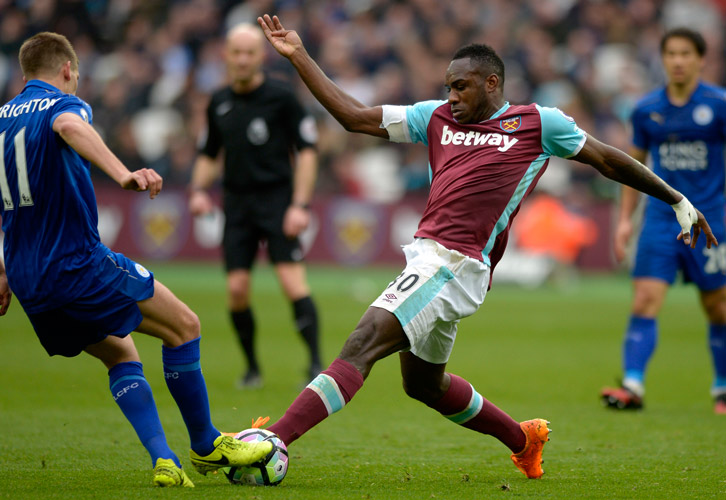 Michail Antonio has been withdrawn from England’s squad for their games against Germany and Lithuania next week after picking up a hamstring injury in Saturday’s 3-2 loss against Leicester City.

The West Ham United No30 was hoping to earn his first caps for the Three Lions after being called up to the squad for a third time, but will now have to wait for his opportunity.

Antonio was withdrawn from the squad after being assessed by both the Hammers’ and the England medical teams and will remain at Rush Green during the international break.