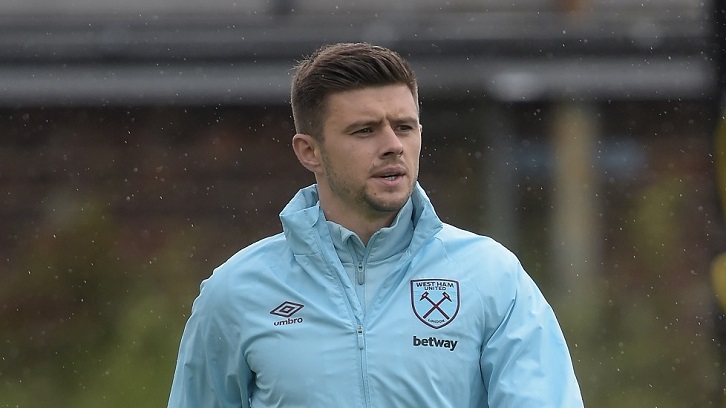 Aaron Cresswell admits he will need to overcome a ‘nightmare’ feeling when West Ham United return to Austria on pre-season tour in July.

The left-back suffered a serious knee injury during the Hammers’ visit to the Central European country a year ago, when a crude challenge late in a 3-0 win over German side Karlsruher SC left him writing in pain on the turf.

Cresswell was ruled out for three months, but returned to make 29 first-team appearances and make his England debut last season, and he is keen to avoid a similar fall when Slaven Bilic take his squad to the Alpine mountains.

“Going back to Austria, I will have a few nightmares on the plane!” he joked. “But you learn to live with things like injuries in football and just get on with it.

“To be honest, I have had a good run of it when it comes to injuries, as I’m 26 now and that problem I had last year was the longest I have ever been out of action.

“I’ve never had any major injuries or operations and, touch wood, that will continue next season and beyond.”

My summer has been a bit shorter than usual, but when you are representing your country you can’t complain, can you!

Cresswell ended last season with strong performances in the victories over Tottenham Hotspur and Burnley, leading to a call-up for England’s June fixtures with Scotland and France.

Having made his debut against Spain in November, the No3 doubled his cap tally when he appeared in the 3-2 friendly defeat at the Stade de France.

After a well-earned holiday, the defender will return for pre-season training on 10 July before jetting out to Austria for a fitness-building training camp.

“Pre-season is part and parcel of football and I’m looking forward to getting back and putting in the hard work to give myself a platform for the new Premier League season,” confirmed Cresswell, who has made 101 top-flight appearances over his three seasons in Claret and Blue.

“My summer has been a bit shorter than usual, but when you are representing your country you can’t complain, can you!

“I’ve managed to get away with my family to Dubai and get some sun on my back and recharge the batteries, too, so it’s certainly not all doom and gloom!”

West Ham travel to Austria for a training camp before heading to Germany to face Werder Bremen twice in the Betway Cup on 28 and 29 July before tackling Altona 93 in Hamburg on 1 August.

The Hammers will then complete their pre-season schedule by tackling Manchester City in The Super Match at the Laugardalsvollur national stadium in Reykjavik, Iceland, on Friday 4 August.

Ticket details for all four pre-season fixtures are available here.