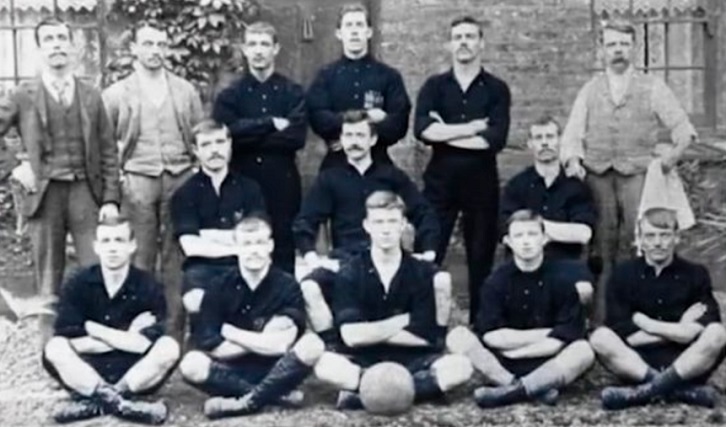 Historian John Powles, author of 'Iron in the Blood: Thames Ironworks FC, the Club That Became West Ham United', reflects on the earliest days of the Club at Hermit Road in Canning Town...

In the summer of 1895, Managing Director of Thames Ironworks & Shipbuilding Company Arnold Hills took over the lease of the ground that Old Castle Swifts had vacated at the northern end of Hermit Road, which enabled his newly-formed football club at a ready-made arena.

When manager Syd King wrote a history of the club in 1905 (short though it obviously was) he described the venue as a ‘barren waste’ and a ‘cinder heap’.

Bearing in mind that he joined Thames Ironworks FC in 1899 for its last season under that name and was not there at the time, he was possibly led to the misapprehension that the club was obliged to clear a scrub-like tip before a ball could be kicked.

Nothing could be further from the truth as the Old St.Luke’s club had been residents since 1892, before amalgamating with Castle Swifts for the 1894/95 season. 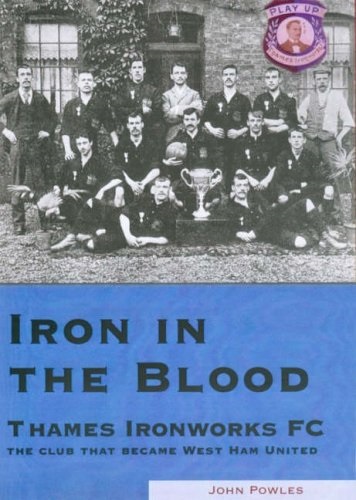 When the ground became available due to the collapse of Old Castle Swifts, Hills was quick to acquire it.

The whole ground was intended to be used for a variety of sports, one of which included the cycling club, which had been inaugurated in June 1894, but had no cycle track for competitive use. A track of 360 yards circumference and six yards two inches wide was laid out by members in June 1895.

The entire length bordering the football pitch was a cinder track, and later on people probably had the mistaken impression that the pitch itself was cinder-based.

Some histories have said that the ground was surrounded by a moat, but this is an exaggeration. On the far edges of the outside area was a system of sluices, which were constructed to drain away excess water as the area was very marshy and formerly known to flood.

Before the Ironworks’ first fixture, foreman Dave Taylor had affiliated the club to the FA and had recruited players before handing over to Mr. A.T. Harsent, who became Secretary.

Initially the Hermit Road ground was screened by canvas sheeting to hide the game from non-paying spectators, but later this became stable fencing.

Considering the club was of amateur status and basically part of a company sports section, the committee had an ambitious strategy by entering the team into the FA Cup.

With Hills a generous benefactor, and having players in the shipyard who already possessed experience and ability, why not dive in at the deep end?

As it turned out, a 0-5 defeat at Chatham was perhaps a step too far, but enthusiasm was not dampened and victories were obtained against local sides that led the committee to an idea which was pretty much a pioneering one at the time.

Floodlit football had been tried out at three grounds only—Blackburn, Darwen and Bramall Lane, Sheffield, all in 1878 – but this was still revolutionary, because those three clubs would become League clubs in the competition’s earliest days, whereas Thames Ironworks FC was in its first season.

The ten lights were suspended on poles, giving 2,000 candle power for each light, driven by a generator. There were some initial problems in the first two games, with lights going out at various times, and the ball having to be dipped in whitewash which resulted in sarcastic press comments, but the committee ensured seven fixtures were completed without too many hitches, and two First Division sides in Woolwich Arsenal and West Bromwich Albion were among the opponents.

There were no more serious attempts at floodlit football in this country until 1930 and our club’s forbearers have not been given the credit historically, that they fully deserve.

The enterprise that the infant club from the East End shipyard had shown, bode well for the future of the club.