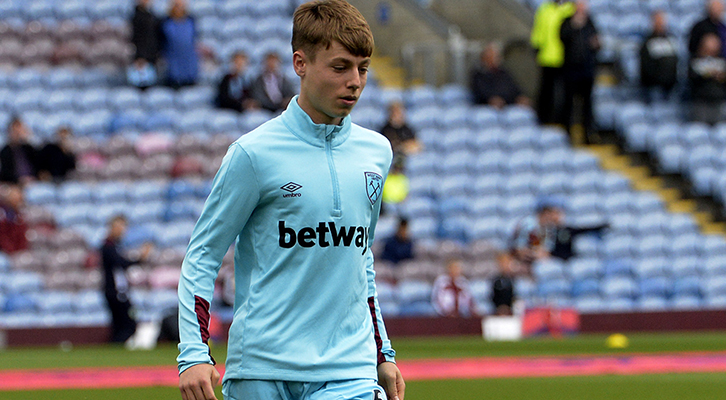 West Ham winger Dan Kemp played a key role as England U20s topped Group A at the Toulon Tournament after they beat Japan 2-1 in their final group game.

The 18-year-old was fouled in the penalty area in the 25th minute and George Hirst stepped up to give England the lead.

Japan equalised through Mizuki Ando in the second half but Chelsea’s Martell Taylor-Crossdale netted another penalty late on to secure England’s passage to the last four.

It was Kemp’s second start of the tournament so far, after featuring in the opening victory against Angola, and the wide player was delighted to be among the thick of the action.

“The game was a good test for us against a very good Japan team,” said Kemp. “We are all delighted to win three out of three games and top the group.

As an attacking player, it is your main job to score or create scoring chances for your team so I was pleased to get the penalty.

“It was good to be involved in winning the penalty for the first goal. As an attacking player, it is your main job to score or create scoring chances for your team so I was pleased to get the penalty.”

England are aiming to defend the title they won last year and are still on course to achieve the feat after maintaining their 100% record in the tournament so far.

Kemp hopes to be involved in the semi-final and believes he can draw on his knockout football experience to help the Young Lions in France.

He was part of Terry Westley’s PL2 side that won both the semi-final and final to clinch promotion to Premier League 2 Division 1 last month.

“I cannot wait for the semi-final,” he continued. "It will be another great experience for me. All the boys are looking forward to it and we’re confident and ready.”