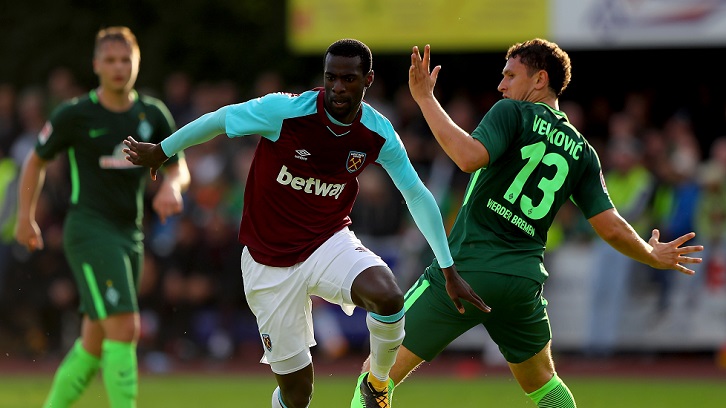 West Ham United will need to beat Werder Bremen on Saturday afternoon if they are to lift the Betway Cup after falling to a 1-0 defeat in Germany on Friday evening.

The Hammers controlled possession for long periods and dominated the second half in front of 3,350 fans in Scheverdingen, 50 miles east of Werder’s home city, but Werder took a first-leg lead through teenage striker Johannes Eggestein’s 12th-minute goal.

On the positive side, Marko Arnautovic made his first appearance in Claret and Blue against his former club, while fellow attacker Nathan Holland produced another encouraging performance.

And West Ham could still win the Betway Cup if they can secure a victory over the Bundesliga side when they meet for the second time in less than 24 hours in Lohne on Saturday afternoon.

Slaven Bilic named a youthful starting XI, with six players aged 21 or under in the Croatian’s team. Despite their youth, the Hammers controlled possession for extended periods in the opening 45 minutes, but could not break down the five-man Werder defence.

And it was Gondorf who created the opening for the game’s first goal, threading an expert ball through for 19-year-old striker Eggestein, who finished low to the corner with a first-time left-foot shot.

While the youthful Hammers passed the ball patiently, Bremen were the team creating the chances.

Midway through the opening half Philipp Bargfrede smashed a long-range shot over the bar, then Aron Johannsson cut out James Collins’ back pass before being denied superbly by the onrushing Adrian.

Noble was replaced by Pedro Obiang shortly after the half-hour mark, and the Hammers’ best chance of the period fell to the Spaniard three minutes later when Toni Martinez’s low cross flashed past his toe.

And West Ham were almost made to pay double for that missed opportunity just before the break, but Adrian made another fine save to turn aside Schmidt’s well-struck shot from 20 yards. 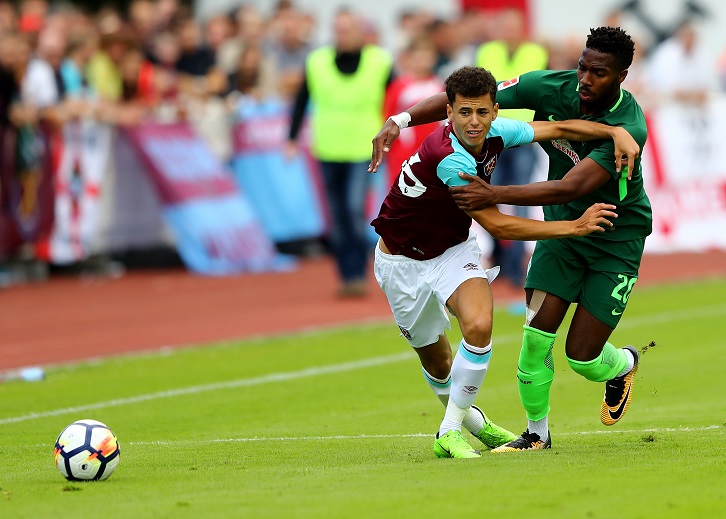 The second half was a completely different game as the English team dominated for virtually the entire 45 minutes.

Arnautovic was one of seven players introduced on the hour-mark and the Austrian was quickly into the action, playing his part in a sweeping counter-attack that ended with Makasi’s shot behind blocked inside the Bremen penalty area.

Werder did threaten on a couple of occasions after the interval and again Adrian was there to stop his side falling further behind with a miraculous double save from Schmidt and Gondorf.

So, with the seven substitutes scheduled to start on Saturday, Bilic’s men will need to win by two clear goals to deny Werder a second Betway Cup triumph in the space of three pre-seasons.