Winston Reid is ‘on schedule’ and hoping to return to full training with West Ham United soon.

The centre-back missed the final two Premier League fixtures of last season to undergo surgery on a painful shin condition, but has put in the hard yards over the summer, with successful results.

Reid travelled with the squad to Austria earlier this month and is stepping up his rehab work after arriving in Germany with his teammates on Monday afternoon.

“Hopefully in the next week or so I should be back, which we were sort of aiming for,” he revealed. “Generally, the rehab has been really good and the surgery has fixed the problem, which is the most important thing. I’ll be able to go out there and play pain-free, which is a blessing.

“It was just one of those things that you get every now and then. You get various knocks and bruises and you fix them and this one has been fixed now.”

While his physical condition is forever improving, the New Zealand international is also feeling refreshed mentally after enjoying a relaxing family holiday during his month-long summer break.

The rehab has been really good and the surgery has fixed the problem, which is the most important thing. I’ll be able to go out there and play pain-free

“You get to spend quality time with them and you do what your family wants to do, rather than perhaps what you would choose to do yourself!” said the No2, who took his wife and two young twins to the United States and the Caribbean.

“It’s just about going out and getting away from football because it can be a long old year, like the one we had last year, so it’s good to go away and relax a little bit.

“During the season you cannot escape football, especially around Christmas time, when you need to find that inner strength to push through. I’m used to it now, but it can be difficult for players when you first come from abroad. For that reason, a summer break is certainly good!” 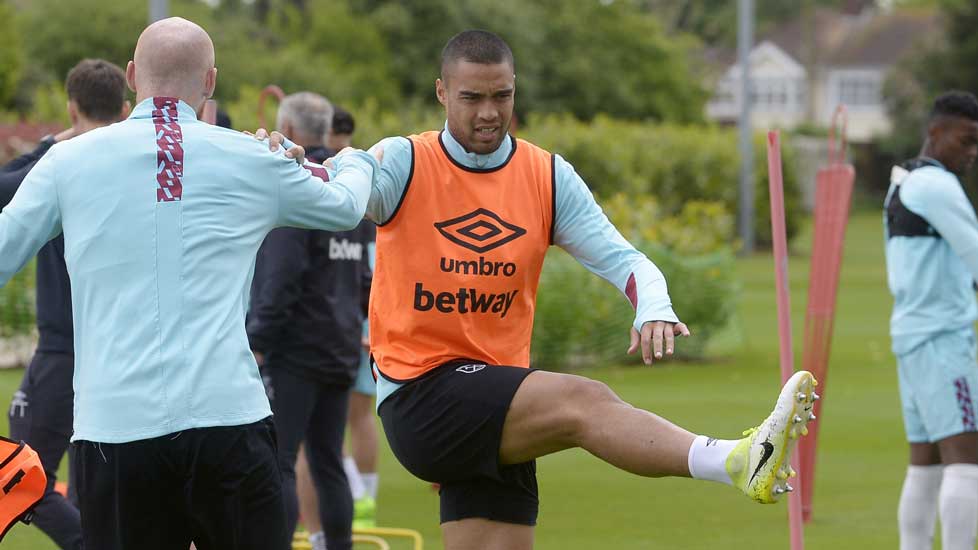 The summer has also been marked by the arrival of four proven Premier League performers in east London.

“We finished the season on a good note, apart from the Liverpool game, and we really did well,” he recalled. “We hope to take that form into the new season and we’ve also welcomed some new players into the fold.

“When you combine them with the ones who are still here, we want to make sure that what happened at the beginning of last season doesn’t happen again and we get off to a strong start.

“To get them in at this stage so we’ve still got time ahead of the season for them to gel with the team is massively important. They are all players who have done well in the Premier League and played in England for numerous years, so it has been a brilliant bit of business done by the Club so far.”