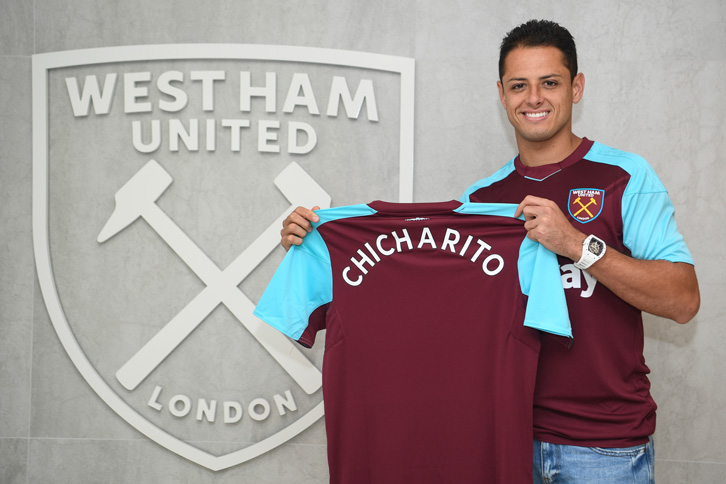 West Ham United are delighted to confirm the signing of Mexican striker Javier Hernandez from Bayer Leverkusen for a fee of £16million.

The 29-year-old former Manchester United and Real Madrid star put pen to paper on a three-year deal on Monday afternoon, and will fly out to Germany in the coming days to meet up with Slaven Bilic and his new team-mates at their pre-season training camp.

Hernandez, who became Mexico’s all-time leading goalscorer earlier this year, is more commonly known to fans as ‘Chicharito’ – the name he will sport on the back of his 2017/18 West Ham United shirt – and admits he can’t wait to get started at London Stadium.

“I am very happy to join West Ham United,” he said. “For me, the Premier League is the best league in the world and when the opportunity came, I was desperate to sign for this club.

“It was not a difficult decision. West Ham is an historic club, and very ambitious – this summer you can see with the players signed that they are looking to have a very good season.

“I’ve had three fantastic years playing in Spain and Germany, but England was really the first big chapter in my career and I am so happy to be back.

“I am desperate for the season to start and to help the team achieve all their objectives.”

Joint-Chairman David Sullivan added: “We are delighted to welcome Javier as the latest fantastic addition to the West Ham United squad.

“Following the arrivals of Pablo Zabaleta, Joe Hart and Marko Arnautovic, he is another top class professional who brings great experience and quality to the Club.

“He has a proven goalscoring record in the Premier League, La Liga and the Bundesliga, as well in the UEFA Champions League and at international level with Mexico.

“We now have some fantastic options in attacking positions and, like all West Ham fans, I am looking forward to seeing Javier score goals in a claret and blue shirt next season.” 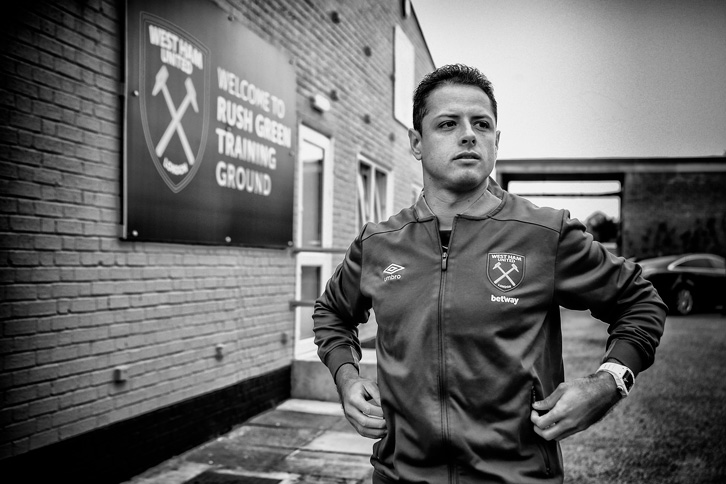 Born in Guadalajara, on June 1, 1988, Hernandez began his professional career with his hometown club Chivas in 2006, before becoming the first Mexican player to join Manchester United when Sir Alex Ferguson snapped up his services in July 2010.

After becoming the first United player since Ruud Van Nistelrooy in 2001-02 to score 20 goals in his debut season, Hernandez went on to score a total of 59 goals for the Red Devils, winning two Premier League titles.

In September 2014, he headed to Real Madrid on a season-long loan spell and scored nine goals in 33 appearances for the Galacticos, including the winner in a Champions League quarter-final Madrid derby against Atletico.

After returning to Old Trafford at the end of the 2014-15 season, he then completed a permanent move to Bayer Leverkusen in August 2015, and went on to score 39 goals in just 76 games during his two years in Germany.

In February this year, he became the Mexican player with the most appearances in the Champions League with 47, further helping to cement his legendary status in his homeland.

After winning his first cap for Mexico against Colombia in September 2009, Hernandez went on to establish himself as a key member of the national team, scoring in both the 2010 and 2014 World Cups.

In 2011, he led Mexico to glory in the CONCACAF Gold Cup, finishing top scorer and most valuable player of the tournament, and in May this year he became the nation’s all-time top goalscorer with 47 goals when he netted against Croatia in a friendly. Last month he scored his 48th goal against Jose Fonte’s Portugal in the Confederations Cup.

His nickname ‘Chicharito’, which translates into ‘Little Pea’, originates from his father, Javier Hernandez Gutierrez, a professional footballer himself, who was known as ‘Chicharo’ (Pea) because of his green eyes.