“It feels special to me to be a West Ham player,” said Arnautovic, who has 62 caps for his country.

“Everyone knows that West Ham is a big Club, with big history and I’m happy to be a part of it now. I can’t wait to get started.

“I played against West Ham at the old stadium – I didn’t play last year at the new stadium because I was suspended – but I came to the game and I can only say it is a massive Club with a lot of fans.

“They are crazy for football and this is what I like. The Club is still growing, getting better and better and that’s why I’m here.”

“Alongside Pablo Zabaleta and Joe Hart we have brought in three players with vast Premier League experience this summer, and that was one of our key targets as we look ahead to the new season.

“Marko will bring plenty of quality to our front line and I’m excited to see him in a claret and blue shirt.” 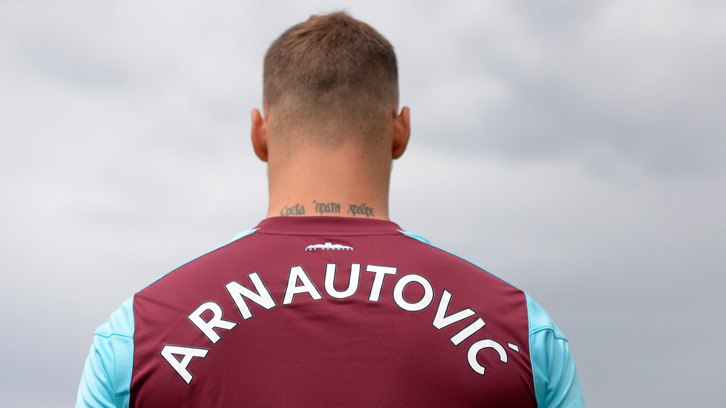 An exciting player capable of opening up the tightest of defences, Arnautovic has caught the eye, created and taken chances wherever he has played.

After breaking through as a free-scoring teenager at Dutch club FC Twente, the versatile forward spent a season on loan under Jose Mourinho at Italian giants Internazionale before joining German side Werder Bremen in June 2010.

The Austrian produced the goods regularly in the Bundesliga, scoring 16 goals and assisting 13 more in just 84 appearances over three seasons, including a first senior hat-trick at Hoffenheim in December 2012.

The following year, Stoke City brought him to the Premier League, where his career continued to flourish under Mark Hughes. In four seasons in the Potteries, Arnautovic helped Stoke to three ninth-place finishes, with the Vienna-born forward scoring 26 times and registering 32 assists in 146 games.

Arnautovic is also one of Austria’s biggest sports stars and has been a regular for his national team for the past six years. He started all ten qualifiers and three finals matches at UEFA Euro 2016 and has scored three times in Austria’s opening six 2018 FIFA World Cup qualifiers.

Everyone at West Ham United would like to wish Marko the best of luck as he embarks on a new adventure in Claret and Blue at London Stadium. 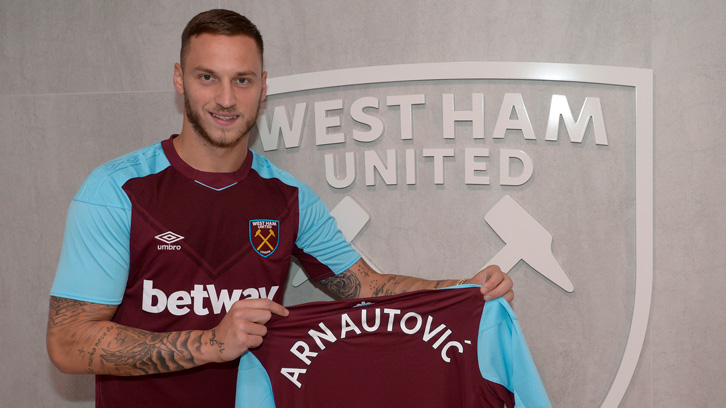