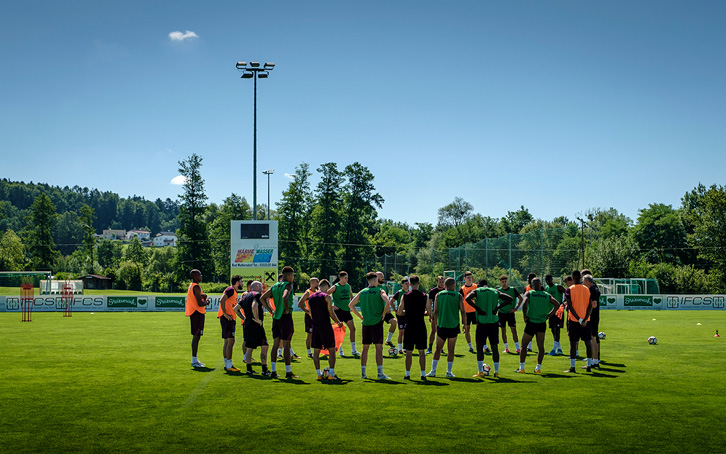 Despite Thursday evening's friendly encounter against Fulham and a midday departure time scheduled from the team hotel the following day, Hammers still managed to squeeze in one last training work-out at their Bad Waltersdorf base on Friday morning. A strength and power circuit session kept the fitness levels progressing on schedule and the players will now enjoy a two-day rest period over the weekend before reporting for the next training camp in Bremen, Germany, on Monday morning.

Keeping hydrated in the heat

The temperature in Bad Waltersdorf has often reached the low 30s over the course of the camp, with one recording of 32 degrees during the first friendly fixture against Sturm Graz II. A number of measures have been taken to ensure that the players remained properly hydrated during their demanding physical schedule of double sessions in the blazing sunlight. Before every session the medical staff prepare and label a bottle of water for each player and a bottle of water with a dissolvable electrolyte tablet inside. At the end of every session the players are given a protein shake and each evening crates of water have been placed in the corridors of the hotel so that players can keep the fridges in their rooms topped up. Thirsty work. 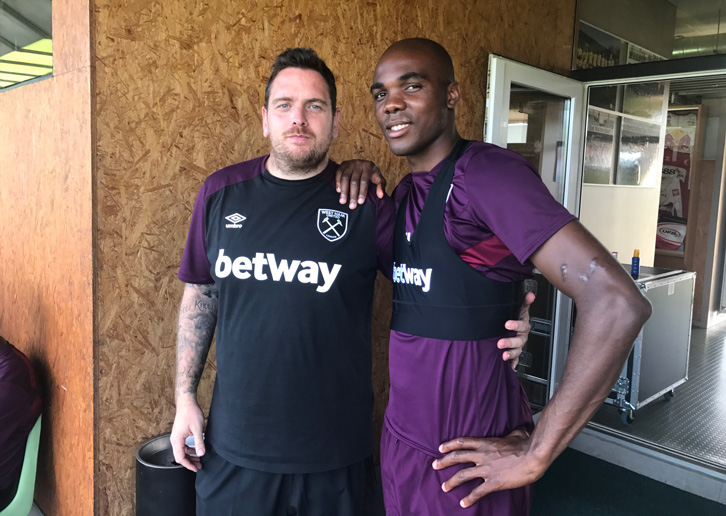 While constant hard work has been the theme of the trip for the players, the same can certainly be said for two members of the Hammers' backroom staff. Kitman James 'Jamo' Saban and his assistant Andy Tyson have worked tirelessly throughout the 12 days spent in Austria, washing, sorting and laying out kit for 28 players and the coaching and medical staff, often twice a day, while at the same time playing a key role in keeping team morale high thanks to their infectious character and sense of humour. Hats off to a pair of true Hammers heroes...

While the arrival of Joe Hart this week has grabbed the headlines, the trip to Austria has provided evidence that West Ham's longer-term goalkeeping prospects are also in safe hands. With highly-rated Nathan Trott involved with the England Under-19 squad in their victorious European Championship campaign in Georgia, 17-year-old Youth Academy hopeful Joseph Anang was originally brought along to Austria as the third goalkeeper. And the youngster has made a positive impression on both players and coaches alike. "It has been a great experience," said Joseph.

Seen off in style 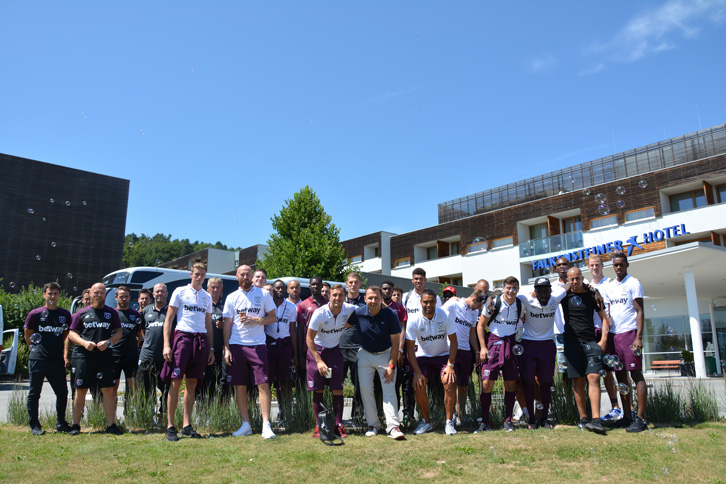 Before heading to Vienna airport for their flight back to London this afternoon, the Hammers squad were given a warm and friendly farewell by staff at the Falkensteiner Golf and Spa hotel that has been their base for the past 12 days. This included a team photo arranged in front of the entrance lobby, accompanied by bubbles being blown and a rendition of our club anthem being played on the sound system. A fitting way to finish a productive and successful first pre-season training camp. Now on to Germany!