Ashley Fletcher admitted he was delighted to claim an assist and a goal in Thursday evening's 2-1 victory over Fulham in Graz.

While building fitness was again the key factor as Slaven Bilic's squad rounded off their pre-season training camp in Austria, there was no denying the satisfaction of a productive night in front of goal for the striker.

The 21-year-old set Hammers on their way with a neat pass to tee up Manuel Lanzini for the opening goal just 14 minutes in.

He then made it 2-0 five minutes before half-time when he capitalised on a loose touch from goalkeeper David Button and tapped into an empty net. Despite Fulham's appeals for a foul, the goal stood and Fletcher was off the mark.

"As a striker you've got to gamble," he said. "I put the keeper under pressure, sometimes you get them and sometimes you don't - and luckily tonight I got it.

"We came out here to build fitness but it's still nice to score a goal and get an assist." 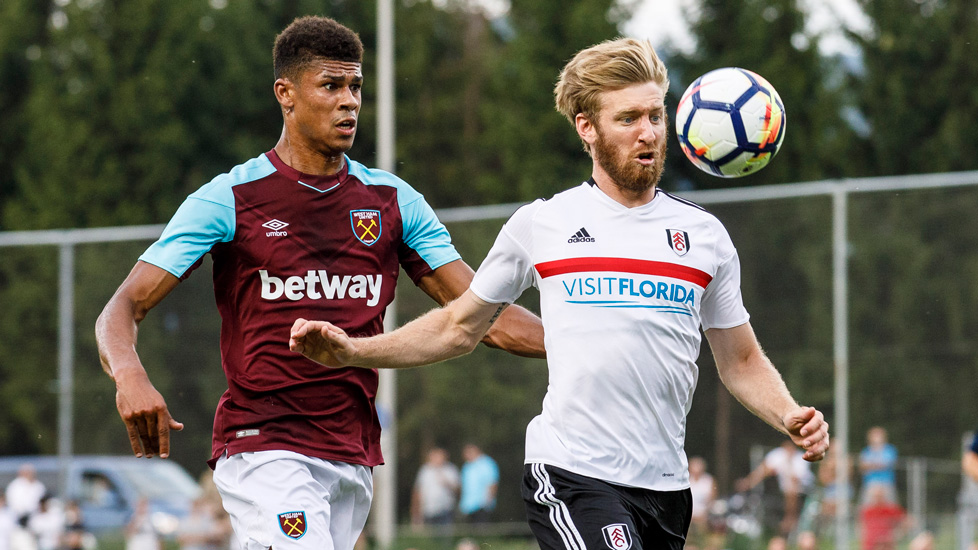 For Fletcher, the evening marked a successful conclusion to the schedule in Austria, where he also grabbed two goals at the same stage of pre-season last year.

"Austria is a good environment to work on your fitness and for me it's been quite a lucky place to get goals," he said.

"Hopefully I can take that on like I did last year and get some game time in the next couple of weeks.

"When we came to Austria we obviously were not match fit but gradually we are getting more minutes now and we will go to Germany feeling stronger and looking forward to stepping it up in the matches out there."