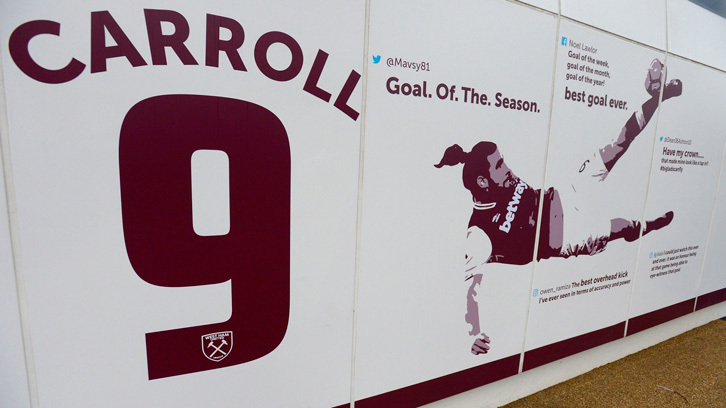 West Ham United are delighted to announce that work has been completed on new branding on the outside of London Stadium which celebrates Andy Carroll’s wonder strike against Crystal Palace.

Carroll netted one of the Premier League’s all-time greatest goals as he acrobatically converted Michail Antonio’s cross to help the Hammers to an emphatic 3-0 victory.

The brand new mural includes a photo of the talismanic striker in mid-air alongside 'Carroll 9' and was installed ahead of the Hammers’ crunch match with Manchester City on Wednesday evening.