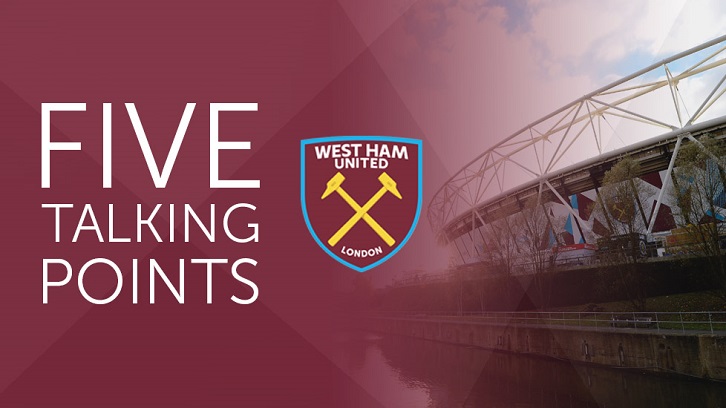 West Ham United will play their first fixture ‘After Dimitri’ on Wednesday evening, but the Hammers appear to have already got over the departure of the France attacking midfielder.

Payet was not involved in the first-team squad for the victories over Crystal Palace and Middlesbrough – games in which Slaven Bilic’s side have produced superb team performances and picked up two important victories.

The reigning Hammer of the Year has now returned to Olympique de Marseille and is clearly already firmly part of the Club’s history. Dimitri Payet’s exit has given Manuel Lanzini an opportunity to shine in the No10 role – as well as the No10 shirt.

The diminutive Argentine has shown his creative talent on many occasions since arriving in east London in 2015, but has taken his game up a level in recent weeks.

Lanzini scored an outstanding goal against Crystal Palace before providing assists for Andy Carroll and compatriot Jonathan Calleri at Middlesbrough, illustrating his undoubted threat in the attacking third.

On Wednesday, the South American will have another opportunity to showcase his importance to West Ham United – against a Manchester City defence which has itself appeared porous in recent matches.

Manchester City began their first season under Pep Guardiola in fine form, losing just one of their opening ten Premier League matches to storm to the top of the table.

However, City have lost four of their last 12 to drop outside the top four, and their title hopes already appear to be remote. So, what has changed?

Put simply, City have conceded more goals at the defensive end, and not scored as many at the attacking end.

After scoring 2.4 per game and conceding 0.9 in those opening ten league matches, the Sky Blues have netted just 1.58 and let in 1.9, including four in a humiliating defeat at Everton on 15 January.

The common consensus is that City are vulnerable at the back, the statistics appear to back that theory up, and West Ham United will be the latest opponent to try to exploit that vulnerability.

There is much excitement in the blue half of Manchester over the signing of exciting teenage Brazil striker Gabriel Jesus.

The 19-year-old arrived from Palmeiras, having won the Copa do Brazil in 2015 and both Campeonato Brasileiro Série A and Rio Olympic Gold Medal last year.

Individually, Jesus was also voted Serie A Best Newcomer in 2015 and into the Serie A Team of the Year in 2016.

A versatile, quick, hard-working and skilful forward or winger, the Sao Paulo-born player netted 21 goals in 46 appearances last year, but the challenge for the South American youngster is now to bring that form to the English Premier League.

West Ham United’s victory at Middlesbrough took them back into the top half of the table for the first time since August.

Having spent the whole of last season in the top ten, the challenge for Slaven Bilic’s side is now to stay there.

With fixtures against eleventh-place Southampton, eighth-place West Bromwich Albion and 14th-place Watford to follow Wednesday’s visit of Manchester City, that challenge is one which the Hammers can most definitely rise to.

The Hammers who shone from the start
Last Match
Thursday 21 October 20:00
London Stadium