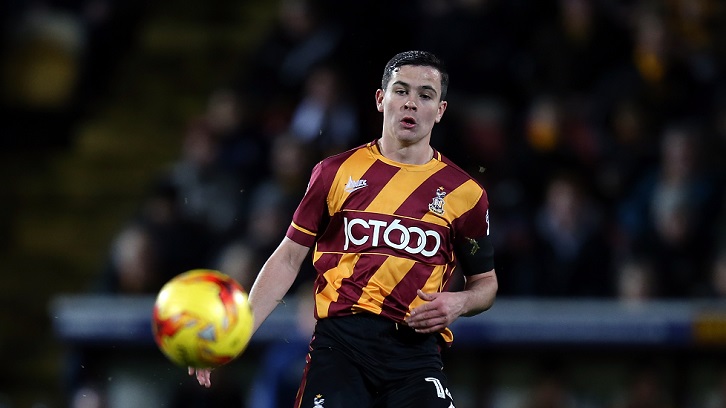 Josh Cullen produced another Man of the Match display to help promotion-chasing Bradford City secure a 1-1 League One draw with Bury on New Year’s Eve.

The on-loan West Ham United midfielder was at the hub of the Bantams’ best moves against the struggling Shakers, but Stuart McCall’s side were unable to secure all three points.

Bradford, who reportedly want to keep Cullen for the remainder of the season, are fifth in the table ahead of Monday’s trip to Northampton Town.

The 20-year-old has been a virtual ever-present for Bradford this term, scoring once in 21 League One appearances.

Elsewhere, Lewis Page played the opening 45 minutes for Coventry City as the Sky Blues held Peterborough United to a 1-1 League One draw at London Road.

The left-back, who was making his 22nd league appearance for Coventry this season, was forced off with a minor injury. It remains to be seen if he will be fit to face second-place Bolton Wanderers at the Ricoh Arena on Monday.

Finally, striker Jaanai Gordon, 21, has joined League Two club Newport County on loan until the end of the 2016/17 season.