West Ham United left-back Aaron Cresswell believes the Club’s mid-season trip to Dubai is great for the team spirit amongst the squad.

Slaven Bilic’s men travelled to the United Arab Emirates on Wednesday for a series of warm weather training sessions before they return to the capital on Monday to look ahead to facing Watford next weekend.

And Cresswell, currently nursing a slight hamstring injury which he picked up in the side’s 2-2 draw with West Bromwich Albion on Saturday, thinks it’s a great chance for the squad to get together as a group.

He said: “It’s nice to all get together and spend four or five days together. We’ve also got a couple of new lads so it’s a chance for them to get together with everyone and enjoy it.

“It’s always good to get in something different for training, and of course that’s what we’re getting with a bit of warm weather training. The lads are working hard, and it’s good to get out of the cold and into the warm and get a bit done. 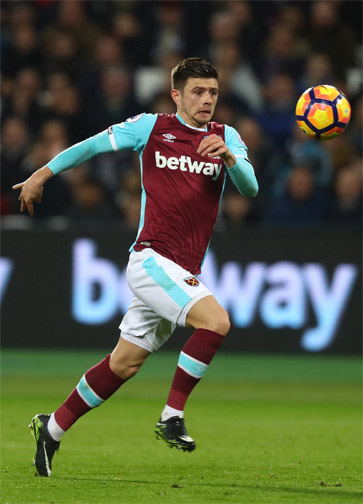 “It’s a chance to recharge the batteries and it’s always good for the body. We’ve got to continue the hard work here and take that into the next week and go into the Watford game.”

The Hammers were minutes away from coming to Dubai off the back of a Premier League win, but Gareth McAuley’s late header for Tony Pulis’ team meant the hosts were made to settle for a draw.

And despite the late disappointment at London Stadium, Cresswell claimed the focus now is all on travelling to Vicarage Road.

“It was disappointing, the game against West Brom, especially for me coming off injured and sitting there to watch the goal go in in the last minute,” the England international continued. “It felt like a defeat and we fully deserved the three points.

“It would have been nice to come here knowing that we had that three points on the table and it’s disappointing, but as I say, that’s football and we have to forget about that and look forward to the Watford game now.

“It’s a chance for revenge and Watford have had an up and down season. But they’ve got some very good players and we know it’s going to be tough going away, but hopefully we can get the three points.

“I should be back towards the start of next week, when we get back from Dubai, and hopefully I can get a good week’s strengthening here with the physios and look ahead to next week.”