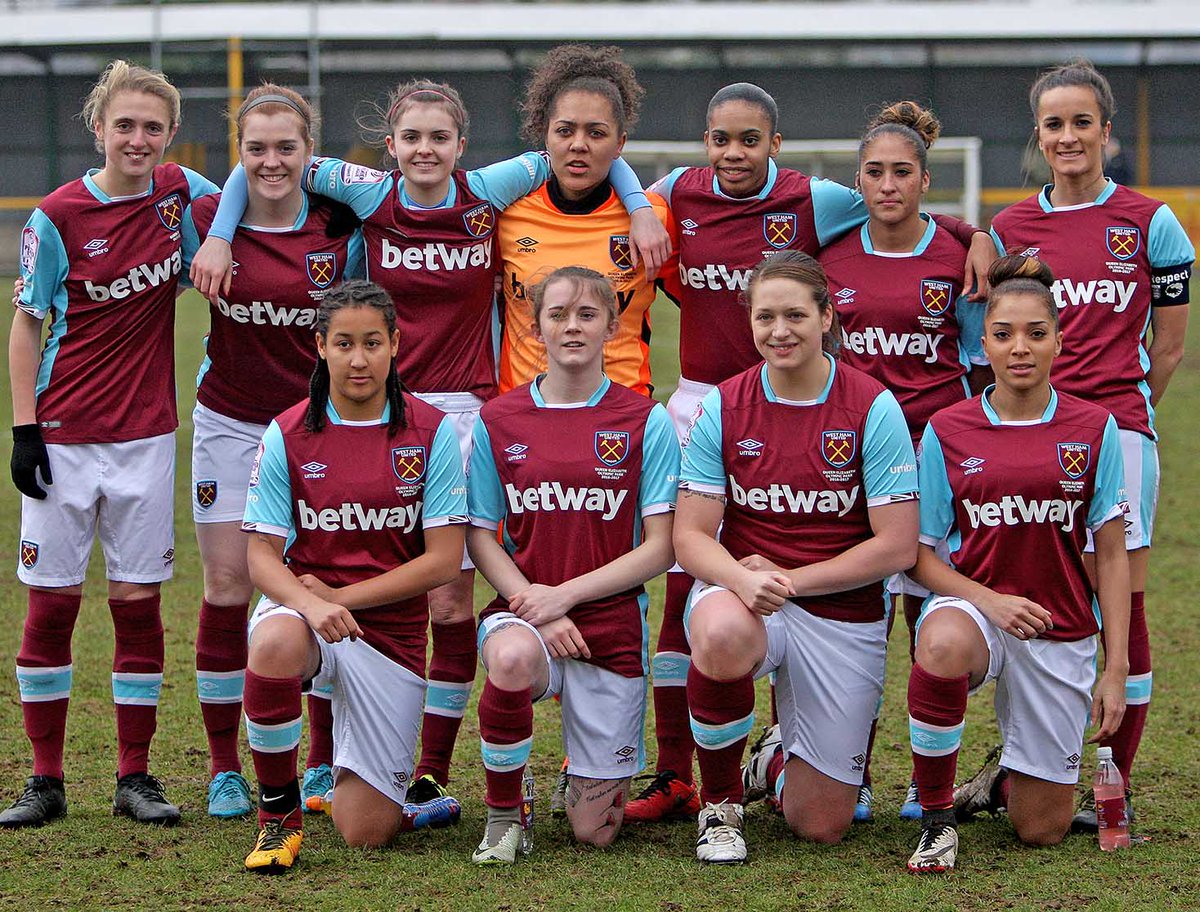 The Hammers looked set to secure a morale-boosting three points at Ship Lane when Molly Peters put the hosts ahead five minutes after half-time.

However, mid-table Portsmouth snatched a draw with just five minutes remaining through Gemma Miller’s low shot into the corner.

Despite the frustration of seeing two points slip away, manager Greg de Carnys was upbeat about the improvements his team have made in recent weeks and months.

“We're focussing on trying to get better as a team and better as players,” said the manager. “I'm here to make footballers better and by making those players better the results will come.

“I'm pleased because what we saw on Sunday was progress, but there are still things we still need to improve on.”

With new signing Jodie Jacobs adding resilience to the defence, where she formed a strong partnership with Hannah Wheeler, West Ham gave it their all in an eventful game played in cold conditions at Thurrock FC.

Pompey had the first chance of the game, hitting the post in the second minute, but the Hammers soon took control.

Peters put a shot just wide after a great solo run, followed by another good ball over the top from new signing Tia Bailey which Peters gathered well before seeing her shot deflected wide for a corner.

Hammers goalkeeper Latoya Smith made a great save to prevent the visitors taking the lead on the 30th minute, and the game reached half-time goalless.

West Ham started the second half very well, getting the ball up the pitch and into dangerous areas.

De Carnys’ team were rewarded for their efforts in the 50th minute as Dayna Chong played a great through ball to Peters, who produced a great finish to give her side a deserved lead.

Substitute Antonia Gregoriou had a great chance to make it 2-0 as the ball fell to her in the box with only the keeper to beat, but her shot was saved.

Having escaped, Portsmouth pressed for an equaliser and, on 85 minutes, got their reward as Miller slotted the ball into Smith’s bottom right-hand corner.

The point gained from Sunday’s draw took the Hammers level on points with Swindon Town Ladies ahead of West Ham’s trip to face the Robins at Shrivenham FC on Sunday 26 February.