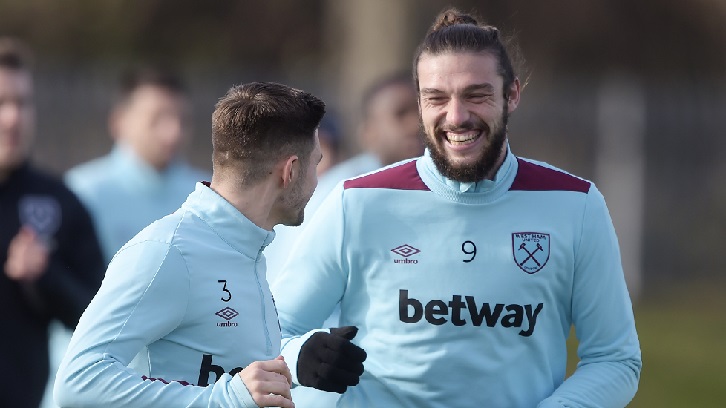 Like you all, the Medical and Sports Science department has enjoyed our recent run of good form and results and we are all hoping to celebrate a seventh win in ten Premier League matches on Saturday.

We picked up a few bumps and bruises in our fantastic victory at Southampton last weekend and the staff have been working hard all week to prepare the players and have them available for selection by the manager.

At time of writing, we still have 72 hours, two training sessions and a few question marks before we kick-off against West Bromwich Albion.

Andy Carroll came off with an injury at St Mary’s. He had a similar problem in the game at Middlesbrough, but we were able to prepare him for the Manchester City and the Southampton games, where he did brilliantly with limited training.

We will now work with Andy to prepare him for Saturday. It is always a fine balance not to put him at risk of serious injury as he has not trained a lot in 2017.

We have some positive news regarding a number of other senior players.

Havard Nordtveit and Sam Byram have been training all week. Sam missed the Southampton game as a precaution, having only recently returned from a long-term hamstring surgery and rehabilitation period. Alvaro Arbeloa is also in full training.

Arthur Masuaku has turned the last corner in his own rehab and has been training with the PL2 squad this week under the direction of our rehabilitation fitness coach. He will return to first-team training on Friday.

Diafra Sakho is continuing his rehab following his back surgery in December and we are looking at him being brought back at the end of March or start of April.

Angelo Ogbonna underwent successful surgery on his knee in Paris and has now returned to London to continue his rehab, which is a 12 to 16-week programme.

The manager will take the first-team squad to Dubai for a warm-weather training camp next week, following the Family Fun Day at London Stadium.

We will do five days of training in a welcome change of scenery, under what we hope will be warm and sunny skies. It will not be a holiday, but a chance for players to recharge physically and mentally at the end of a long, relentless period of football.

Some our players have had very little time off since the summer of 2015, having played at UEFA Euro 2016 and not had a winter break like their European counterparts.

With international matches being played until the middle of June, it is important to take this opportunity to change the training environment for a few days and freshen up body and mind.

Before then, we have work to do ahead of the West Brom game!