Randolph – We know we can cause teams problems 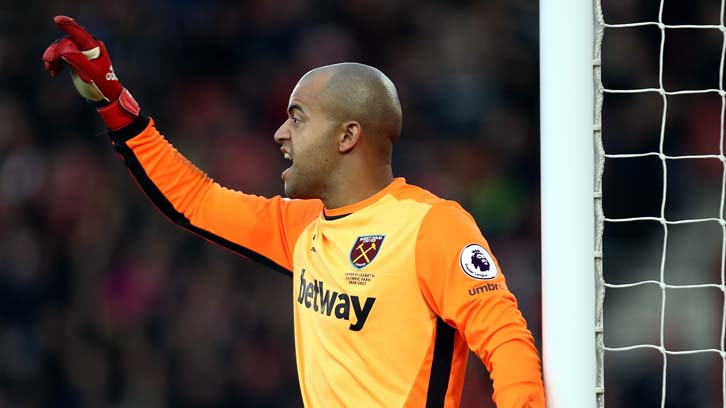 Darren Randolph says the Hammers were never worried at Southampton, despite falling behind early on to Manolo Gabbiadini’s rocket.

Just three days after suffering a 4-0 defeat to Manchester City, the visitors showed admirable resolve to bounce back and turn that deficit at St Mary’s into a 3-1 victory – a result which took them up to ninth in the Premier League table.

With six wins from their last nine league games, Randolph is confident Slaven Bilic’s men can continue to head in the right direction.

The No1 said: “It was the perfect way to bounce back. We have done that every time we have had a bad result and we managed to do it again on Saturday. We knew it would be a tough game, but that we could do it a lot better than on Wednesday night.

“We weren’t worried going behind, because we had been playing pretty well, we played some good stuff and thankfully enough we equalised almost straight after and it put the pressure back on them and we continued to play some very good football.

“Against the top six, you need to try and stop them playing, which takes away from the way you play.

“Against the other teams we know we can cause them all sorts of problems and that was proved once again today.”

Randolph had little chance with Gabbiadini’s opener on Saturday, but more than played his part by making six saves to frustrate the home forwards.

He explained: “I was happy with my performance. On Saturday, with the first shot they had they scored. To be honest I don’t think if I had my hand in the top corner I would have saved it then, it was past me before I knew where to look.

“In the second half I made more saves at key times and I was happy to make them.

“I wish I could keep a clean sheet every week, but goals happen and it is how you react after that as a keeper, you just have to think about how you are going to save the next one.

“I did make a save after their goal in the first half, so obviously that makes you feel better and in the second half I made some saves and that has helped us to get a victory.”