Moyes: We need to add more quality to balance squad 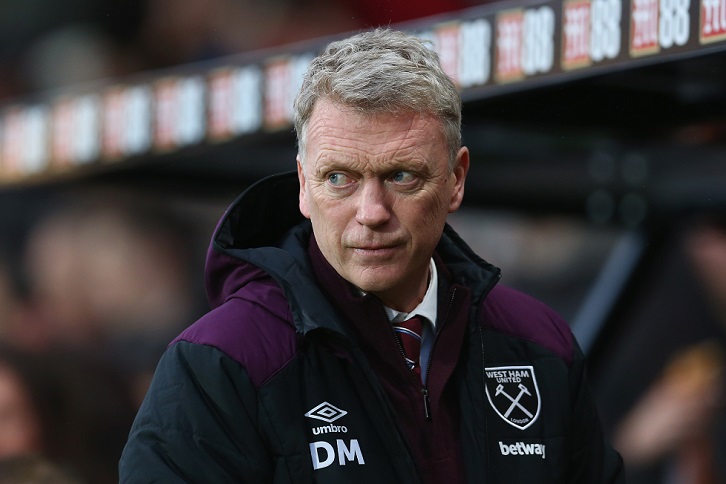 David Moyes will be seeking to redress the ‘imbalance’ in his West Ham United squad in January.

The Hammers manager admitted after the Boxing Day draw at AFC Bournemouth that he needs to fill in gaps and add quality in certain areas.

Central midfield and right-sided players are among those Moyes is expected to target when the window opens next week, with the Scot eager to bolster his options as he attempts to steer West Ham away from the lower reaches of the Premier League.

“I’ve given players opportunities,” he said. “I’m in a hurry and I have to be in a hurry and because of that I cannot wait three or four months to see how you do.

“Ideally, I’d have had six or seven pre-season games to understand what they’re like and what they do, but I’ve not.

“I’ve got to say every player has shown great desire and is committed in training, but I think we’re short in some areas and overloaded in others. For example, we’ve got lots of forwards, but we’re really short of midfield players.

“We’ve got quite a few who are comfortable playing on the left, but not so many who can play on the right, so we’ve got a little bit of an imbalanced squad which we’ve got to straighten out in January if we can.”

I’m pleased with our spirit and I think there’s a bigger hunger and desire to do it, but we’re lacking quality

Moyes said he largely could not fault the effort shown by his players in recent matches, but the manner of conceding six goals in losing at home to Newcastle United and drawing at Bournemouth has brought the need to add new faces more sharply into focus.

“I’m pleased with our spirit and I think there’s a bigger hunger and desire to do it, but we’re lacking quality. We’ve got to stop conceding goals as easily as we are at the moment.

“But we hung in and stuck at it. It wasn’t going to be easy and while we wanted the three points, it was important that we made sure we didn’t lose and we did that.

“Obviously the last two games have been disappointing as far as goals conceded are concerned, whereas the three previous games it looked as if we had struck on something and become harder to beat.

“We’ve got a couple of forwards in form at the minute and people we can bring on and use, so I think we’ve got a threat, but were definitely lacking in some areas of giving ourselves a chance of playing much better.”