Collins: The confidence is back 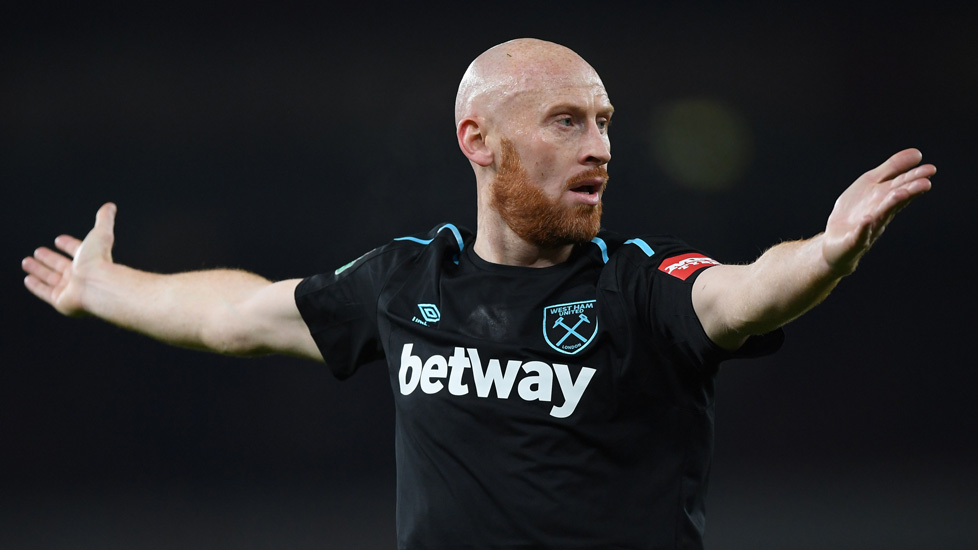 James Collins is confident the Hammers can continue their fine run of Premier League form when they host Newcastle United on Saturday.

West Ham welcome the struggling Magpies to east London for their final home game of 2017 and want to end the year on a high, having defeated Chelsea and Stoke and drawn with Arsenal in their last three league outings.

After keeping clean sheets in all three, Collins is delighted with how the team have tightened up as a unit and he was especially pleased to play his part at Stoke last weekend after missing 12 weeks of the season with a calf injury.

“We’re full of confidence, as you might expect,” the Welshman said. “A few weeks back, the confidence was low and people were probably fearing the worst with the games that we had, but it shows the character of the lads to come through and get seven points from the last three games.

“We’ve got a big game against Newcastle now, but our confidence is high and I’m sure we can get another three points on Saturday.

“We were happy we played Stoke last week after the power cut threatened to have the game postponed, because we thought it was a good time to play them, and hopefully that’s the case again this weekend.

“I’m 34 now and I feel good. I was out for 12 weeks, which is a long time, but I came back in and the boys really helped me out and performed really well, so I feel great.”