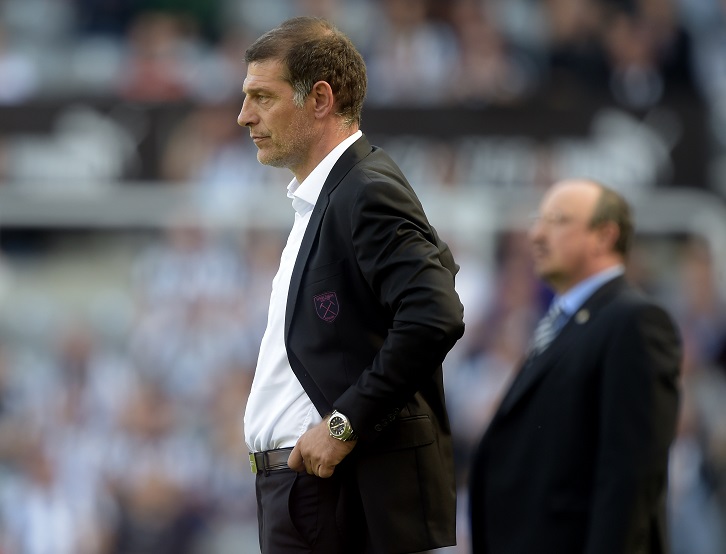 Slaven Bilic was making no excuses after his West Ham United side slipped to their third straight Premier League defeat.

The Hammers’ poor start to the 2017/18 season continued at Newcastle United, where goals from Joselu, Ciaran Clark and Aleksandr Mitrovic condemned to an instantly forgettable 3-0 loss.

The manager made no secret of his feelings in his post-match interview at St James’ Park, lamenting a display that leaves his team bottom of the table going into the international break.

“It’s very disappointing and it’s very frustrating, the way we played,” he began. “They were quicker, better in possession, better to the second ball and they punished our mistakes. It simply wasn’t good enough.

“The first two goals, we gave them the ball in dangerous areas, but we still have to react. They were individual mistakes but still you can make it up and it doesn’t have to be a goal, but we helped them.

“We didn’t look good, we didn’t play good and they were simply the better side. They deserved those goals, because they pressed high up the pitch and forced those mistakes. We gave the ball away easily but they were on top of us and put the balls in good areas.

“They were more powerful than us, more physical and it wasn’t good.”

They were quicker, better in possession, better to the second ball and they punished our mistakes. It simply wasn’t good enough

After a stirring second half comeback with ten men at Southampton and a midweek Carabao Cup win at Cheltenham Town, West Ham travelled to Tyneside with renewed optimism.

But dreams of securing a first Premier League win of the campaign turned into a nightmare 90 minutes and a third straight defeat at St James’ Park.

“Last week was a different defeat to this week. I was mostly talking about positives last week. This time we have to admit that they were simply better in everything, especially determination, wanting to win the second balls.

“We can talk about excuses, but after this kind of defeat and performance, I don’t want to. We can’t talk about the midweek game and a reason why we didn’t look fresh and fit enough today.

“After 2-0, it always gives the opponent an extra strength and power. Of course it’s hard, then.”

Bilic and his staff now have two weeks to prepare their squad for the opening home game of the season against another newly-promoted side, Huddersfield Town, on Monday 11 September.

“Nobody will get us out of this situation other than ourselves,” he confirmed. “With this international break, we will need to sort this out.