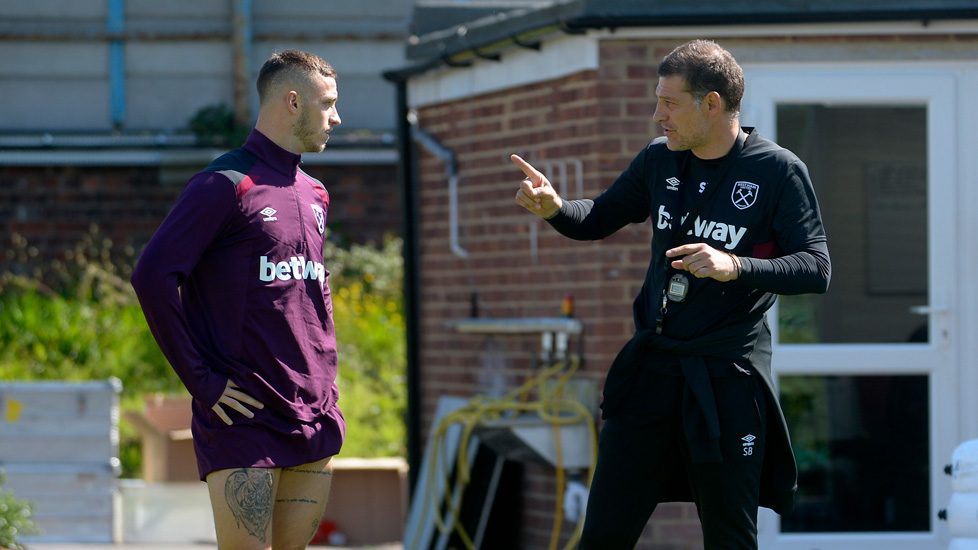 Slaven Bilic has revealed that Marko Arnautovic apologised to his teammates ‘three or four times’ after being sent off in Saturday’s Premier League defeat on Saturday.

The Austrian was dismissed 33 minutes into the 3-2 loss at St Mary’s Stadium after a clash with Saints defender Jack Stephens and Bilic was upset with his player for the part he played in his red card.

West Ham were still only seconds away from salvaging a point thanks to Chicharito’s double before Charlie Austin broke their hearts at the death and the boss said Arnautovic was remorseful after the match.

Bilic said: “I had a chat. He’s sorry and he apologised, I don’t know, three or four times. He apologised in front of the whole team on the bus, in the dressing room, everywhere.

“It’s nice, but you can’t do that. According to him, he didn’t want to elbow [Stephens], but he probably wanted to push him a little bit. The problem is he [caught him], Arnautovic is big and it gave it an extra dimension.

“We can talk about this and that, but the point is you can’t do that. You can’t do those kind of things. It happened, I’m fuming about it, but no more, not him or anyone else.”