Adrian aiming to seize Cheltenham chance – for a second time! 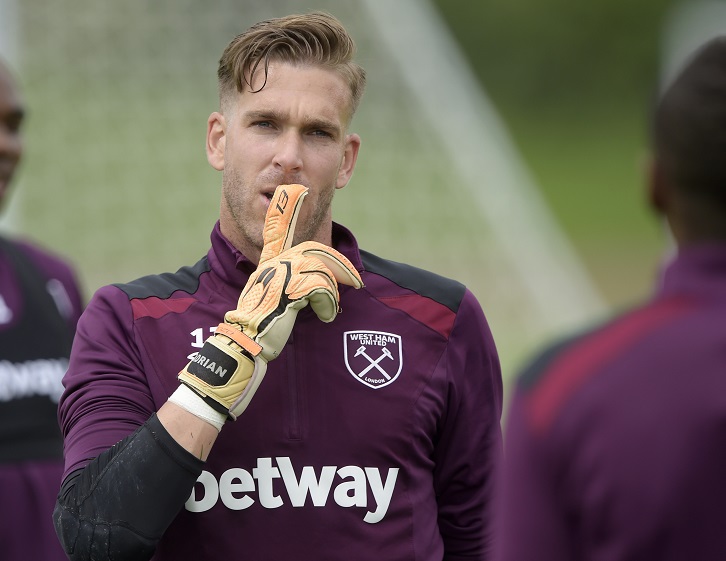 Things change fast in football these days – Adrian will tell you that.

It is four years this week since the No13 pulled on a West Ham United jersey for the first time in a League Cup tie with Cheltenham Town at the Boleyn Ground.

Tonight, the Spaniard is set to make his 124th Hammers appearance against the Robins at Whaddon Road. He will be the sole survivor of the 22 players who started West Ham’s 2-1 win in August 2013.

Adrian’s debut was largely uneventful, save for the moment eleven minutes after half-time when he fouled Cheltenham winger Jermaine McGlashan, and Matt Richards stepped up to beat him from the penalty spot.

“It’s unbelievable that the time has passed so quick,” said the stopper, who went on to dislodge Jussi Jaaskelainen four months later. “Now I’m in my fifth season here, so it’s a totally different situation, of course.

“I watched the highlights of that game this week and it was a very exciting night for me. I gave a penalty away, which is not the best thing a ‘keeper can do on his debut, but the result was that Ricky and Rav scored and we won.” 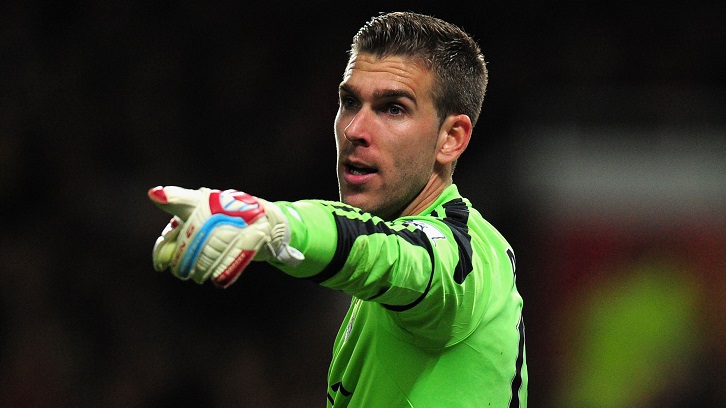 ‘Ricky and Rav’ were Ricardo Vaz Te and Ravel Morrison, who put the Hammers 2-0 up before Adrian’s aberration, setting West Ham on their way to starting a run which would ultimately end in a semi-final defeat by Manchester City.

Fast forward four years and he is targeting another strong challenge for the trophy, but he knows West Ham will need to be on alert against a direct and physically strong Cheltenham side. 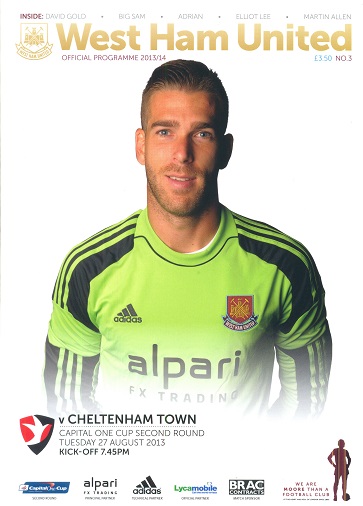 “This is a cup game in a very exciting competition for us and we have to get a good result and get through to the next round,” he said. “We have to be ready to play away from home on their pitch in front of their fans. It will be tough because they’ll want to win as well, as it’s a massive game with a Premier League team coming to their stadium.

“We know their strategy and the kind of game they want to play, but we will play our game as well and also defend their set plays and concentrate on each ball they put into our box.

“At the end of the day, though, we are West Ham and we have to be prepared to go there and get a good result.”

The 30-year-old will also be eager to change another situation. After two-and-a-half seasons as first-choice stopper, Adrian lost his place to Darren Randolph, regained it in April, then lost it again to new signing Joe Hart earlier this month.

Wednesday’s live-televised Sky Sports Carabao Cup second-round tie will give him an opportunity to stake a claim to win his place back for a second time.

“It’s a great opportunity for me, the first time I have worn the West Ham shirt this season,” he said. “I am 100 per cent ready and will always give my best to help the team.

“Obviously as a player I want to play every game and I will work for this but now it is Joe’s time and I have to support him and on Wednesday it is time for him to support me and I’m sure we will both be happy at the end because we will win the game.”