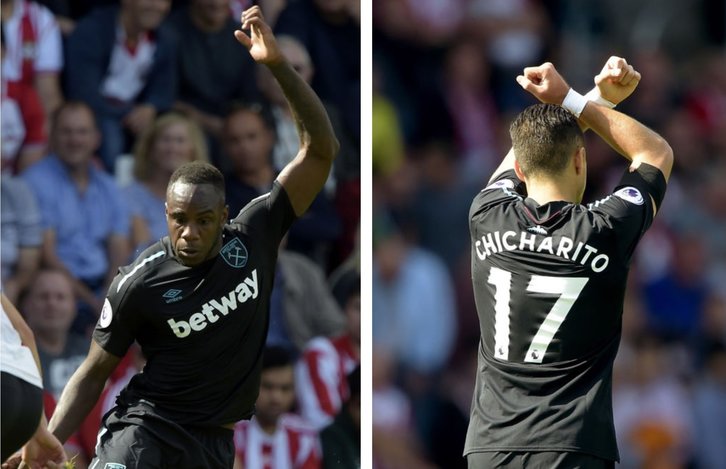 Despite suffering a late loss to Southampton on Saturday West Ham United can still take positives from the contest on the south coast.

Chicharito got his first two Premier League goals for the Hammers since signing this summer and the fixture also saw the return of Michail Antonio to action, who looked lively until his substitution midway through the second period.

Both players deserve praise for their efforts in the fixture on the south coast with each showing in their statistics just how strong their respective performances were.

Javier Hernandez’s two goals in the contest both came after Fraser Forster had made initial saves, from Antonio and Diafra Sakho, and the Mexican’s brace was netted with his only two shots on target in the fixture. 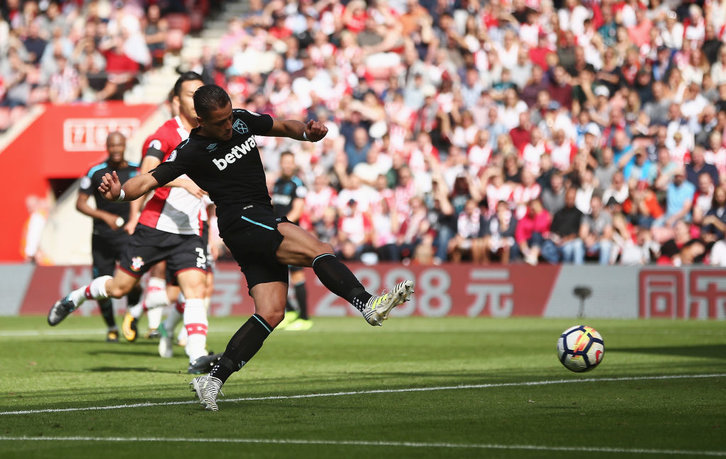 The No17 only attempted one more effort on goal in the entire game – a swerving half-volley which went narrowly wide – meaning Chicharito scored twice from three shots in this match.

Chicharito also did his duty defensively, making two defensive actions in the fixture in the form of an interception and a clearance.

Interestingly the striker didn’t spent too long in possession, and his two attempts at take-ons did not succeed, but Hernandez’s impact was still crucial for Slaven Bilic’s side.

Hernandez also created two chances for his teammates, an amount that was equalled by Antonio.

The No30 missed the opening day contest with Manchester United but returned to the starting XI on Saturday, reminding the West Ham United faithful of his pace, power and ability.

Although Antonio couldn’t get a goal he did test Forster on a number of occasions, seeing three of his four shots hit the target and put pressure on the Southampton shot-stopper. 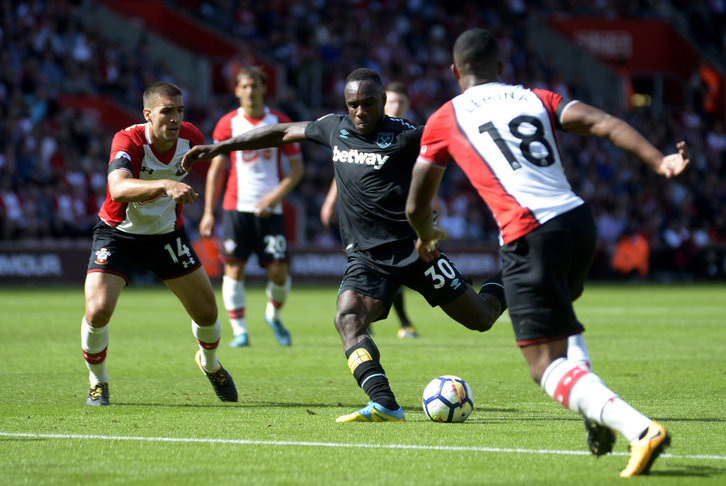 The former Saints winger was a force in the air for West Ham United, winning six of his nine aerial duels during his 67 minutes on the field. Antonio also left Southampton defenders in his wake with his speed, succeeding with each of his four-attempted take-ons.

Antonio put serious pressure on the right-flank and gave Ryan Bertrand a seriously tough test for the Saints, and also exerted his pace up front as he and Hernandez fluidly switched throughout the contest.

Although the result ended in a defeat West Ham United supporters can take great comfort in how Chicharito and Antonio performed, and can now look to next week’s matches against Cheltenham Town and Newcastle United with excitement at what the talented duo do next.