Rice: I just embraced the challenge of playing at Old Trafford 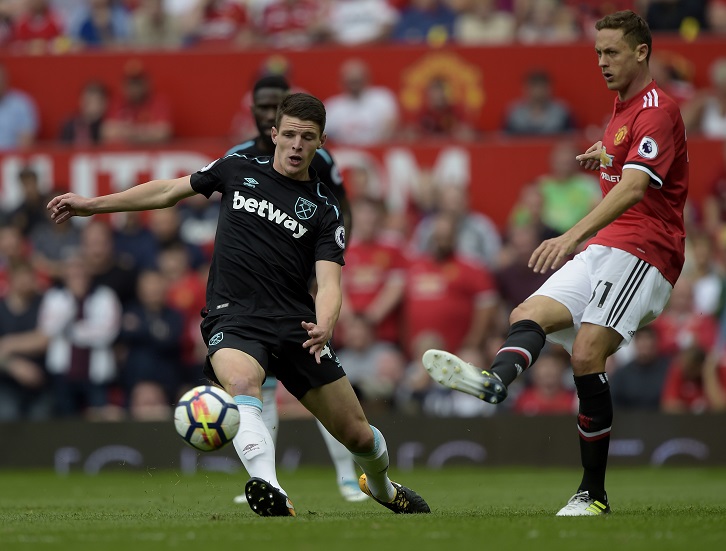 Declan Rice has vowed to learn from the experience of facing Paul Pogba and Nemanja Matic in Sunday’s Premier League defeat at Manchester United.

The 18-year-old spent 30 enlightening minutes playing in a central midfield role at Old Trafford, during which he completed 22 out of 23 passes and made two interceptions during an eye-catching cameo.

The young Irishman was always available to receive possession from his more experienced teammates and held his own against seasoned internationals Paul Pogba and Nemanja Matic.

“I thought it was a very good challenge for me, coming on after my experiences with the U23s last year,” said Rice, who made his first-team debut at Burnley in May. “It is my aim to play in the Premier League and I felt I did OK on the ball when I came on.

“When you play against those players, you know you have got to be so good to compete against them every single week.

“The pace of the game was frightening and Manchester United have got a very, very good side, but so have we and it just wasn’t our day on Sunday.”

I thought it was a very good challenge for me, coming on after my experiences with the U23s last year

Rice’s pride in his own performance was tempered by the disappointment of suffering his first loss at senior level.

“When Slaven told me, I just embraced it, to be honest,” said the Irishman, who again filled the central midfield role he was cast in during pre-season. “I never really get nervous and I just tried to play my normal game. There were 70,000 people watching, but I just had to play how I do and show everyone what I can do.

“To lose 4-0 does hurt. When you hear the ex-players and pundits talking about how much a big defeat in front of a big crowd hurts, I now understand and feel quite hurt about that result.” 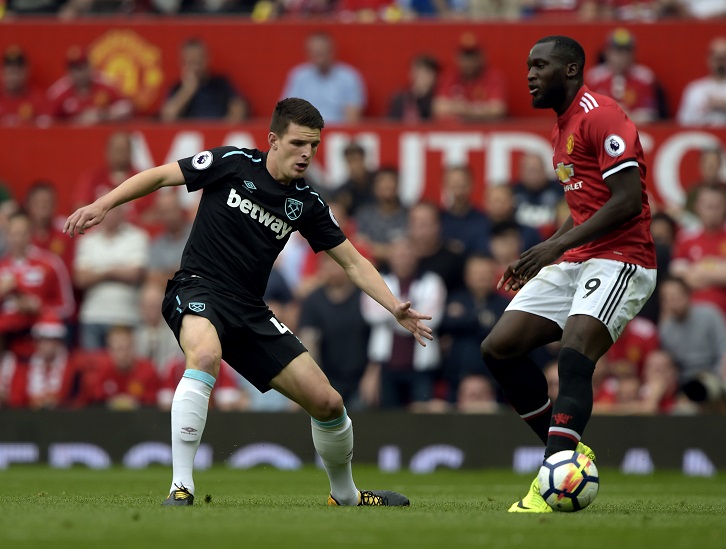 Rice was introduced with West Ham trailing 2-0 to Romelu Lukaku’s double, but moments after Marko Arnautovic had hit the Manchester United crossbar with a header.

Had the Hammers nicked a goal back, the teenager could have been part of a grandstand finish, but instead Pogba and fellow Frenchman Anthony Martial added late goals to put a one-sided look on the final scoreline.

“They were a very good side and we can’t take anything away from them,” Rice observed. “For us, we’ve just got to get back on the training field and go again and keep pushing and working towards Southampton.

“Personally, I’ve got to learn from this result and do what I can to help us put it right at Southampton, where we will do all we can to get three points on the table.

“We’ve got a few players coming back who will massively strengthen the side and knowing they are on their way is a major boost for us. We’ve got to go out and put things right again.”