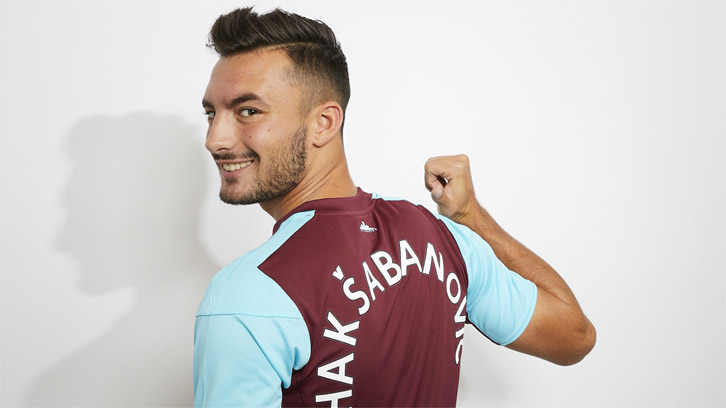 West Ham United’s latest signing Sead Haksabanovic is set to make his bow in Claret and Blue on Tuesday night when the Hammers take on Swindon Town in the Checkatrade Trophy.

The Montenegro international, who joined from Swedish side Halmstads BK last week, will be part of an extremely strong Hammers lineup fielded by Academy Director Terry Westley at the County Ground.

The youngsters are looking to get their campaign in the Checkatrade Trophy off to a flyer and Westley will hand starts to the likes of Toni Martinez, Nathan Holland, Moses Makasi and Domingos Quina – all of whom spent pre-season with the first team.

Martin Samuelsen and Nathan Trott will also be hoping to have an impact on the game from the first whistle.

Friday saw the Club’s U23s record an opening day goalless draw with last season’s Premier League 2 champions Everton, and the side will be hoping to go one better this evening against their League Two opponents.

Invited Academy sides are permitted to field five over-21s in their starting eleven alongside six under that age, however skipper Makasi – at the age of 21 – will be the oldest in the Hammers team in Swindon.

Meanwhile, Football League sides involved are obliged to field their strongest eleven, which should therefore result in an enthralling fixture on Tuesday evening.

Last season, Westley’s men were beaten 4-2 in an entertaining clash against Coventry City in their Checkatrade opener, with Martinez – who will lead the line at Swindon – scoring both the visitors’ goals, including a memorable volley.

A defeat at Wycombe Wanderers – who are again in the Hammers’ group this season – followed, before the east Londoners picked up a credible draw at Northampton Town and a resulting penalty shootout victory.

This term will see the Club’s Academy side travel to Bristol Rovers’ Memorial Ground as well as the County Ground visit and return to Adams Park.

Tickets are available to purchase on arrival at the County Ground at the away ticket office, and are priced at £10 for adults, £5 for U21s and concessions, and £2 for U18s.

Alternatively, if you are unable to make it to the match, you can follow minute-by-minute coverage of the tie on whufc.com from 6.45pm.