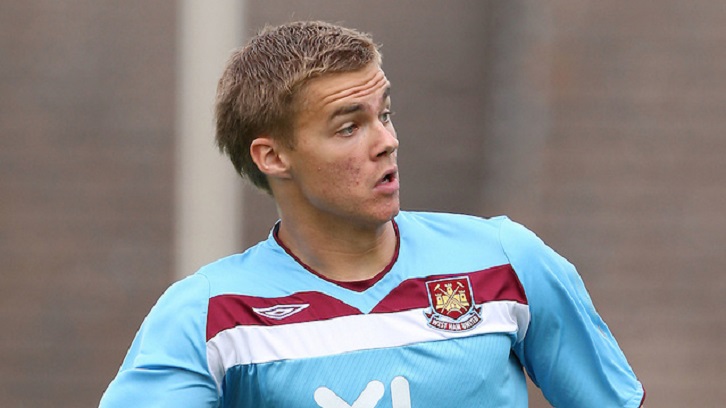 Slaven Bilic’s side travel to Reykjavik to take on City at Laugardalsvöllur national stadium on Friday 4 August – the first time two Premier League teams have met on the Nordic island.

“The Premier League is so popular in Iceland you don’t understand,” said Eyjolfsson, who joined West Ham at the age of 18 in 2008 and spent three years in east London. “If there is a Premier League game on TV when the Icelandic League games are on, people won’t go to the stadium.

“They have even moved the Icelandic League matches to Sunday nights and Mondays so they don’t clash!

“The West Ham versus Manchester City game is therefore going to attract a massive amount of interest and excitement among Icelandic football supporters.”

Eyjolfsson himself has also generated plenty of excitement since leaving West Ham for Germany club Bochum in 2011.

Since then, the former Development Squad regular has featured nearly 50 times in the 2. Bundesliga before winning back-to-back Norwegian League and Cup doubles and appearing in the UEFA Europa League for Rosenborg.

In December 2016, he moved to Israeli Premier League club Maccabi Haifa, and the 26-year-old puts many of his career achievements down to the grounding he received with West Ham. 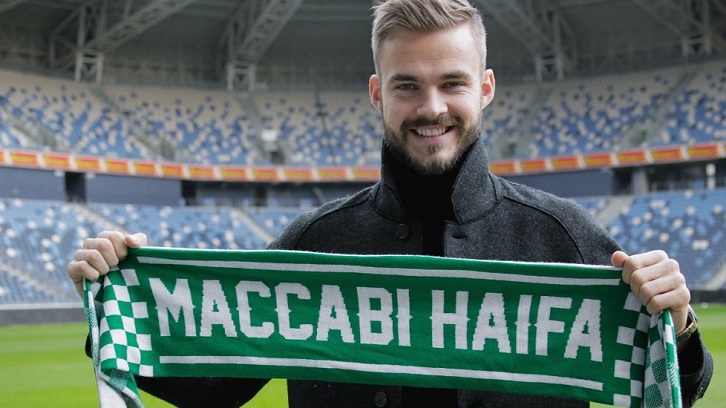 “It gave me a good grounding,” he confirmed. “I was pretty young and when a Premier League club comes and knocks on your door, you say yes!

“It was a big step up for me from the Icelandic League to the Premier League in England, so it took me some time to get used to it, living by myself and getting used to a new country and city, but it was a fantastic experience overall.

“I trained with proven Premier League players like James Collins and Mark Noble, who are still with the club, as well as Matthew Upson and Scott Parker, so in many ways my time at West Ham were the period when a boy turned into a man!

“I moved to Bochum and German football taught me professionalism, how to push myself and give my best at all times, while my time in Norway was the best period of my career so far, winning two doubles and playing against teams like Lazio and St Etienne in the UEFA Europa League group stage.”

“I moved to Israel and it has been another new and interesting experience, not only on the pitch but on a personal level too. I have a partner and young daughter and Israel has been a fantastic place for us to live. Football-wise, we have big expectations for the new season too.”

I trained with proven Premier League players like James Collins and Mark Noble, who are still with the club, as well as Matthew Upson and Scott Parker, so in many ways my time at West Ham were the period when a boy turned into a man!

“Yossi is 37 now but I played against him twice last season he is still a fantastic player,” he confirmed. “He can run for days!

“I also spoke to Tal about our time at West Ham, which was kind of strange considering we are the other side of Europe!”

Having already won trophies and international recognition, Eyjolfsson is now hoping to enjoy a productive 2017/18 campaign with Maccabi Haifa and win selection for Iceland’s squad for the 2018 FIFA World Cup finals.

After missing his country’s unforgettable Euro 2016, the centre-back has been named in four of Iceland’s first five squads in 2018 World Cup qualifying.

“It is unbelievable what my country has achieved, a country of 300,000 people, in football,” he said. “As Icelanders, we know what we can do and what we can’t do and we don’t try to do anything we can’t do, like play Tiki Taka football!

“We have a hard-working mentality and some key players like Gylfi Sigurdsson, who can strike the ball like nobody else.

“I was in the squad before and after Euro 2016, so it was disappointing to miss out on being part of it, but I will give my best this season for Maccabi Haifa and hopefully that will be enough to earn me another call-up!”